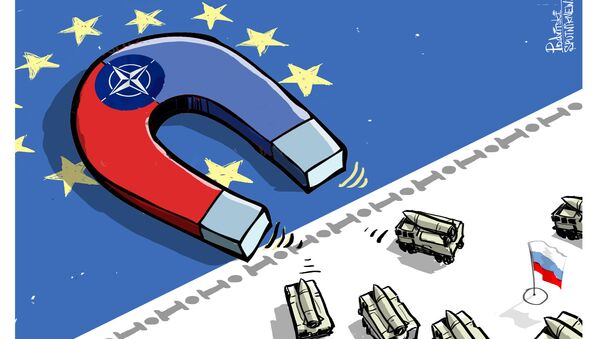 © Sputnik
Subscribe
International
India
Africa
The head of the Russian lower house’s defense committee has responded to NATO Secretary General Jens Stoltenberg who said the Alliance asked Moscow to be transparent in deploying its Iskander missiles in Kaliningrad.

"Why? This is our legitimate territory, we can do what we want," Vladimir Shamanov said, when asked whether Russia would report to the alliance about the deployment of Iskanders.

Retired Russian Colonel Andrei Golovatyuk said NATO has no right for such requests as its own policy of expansion toward Russian has become a reason for Moscow to deploy its weapons to protect its sovereignty.