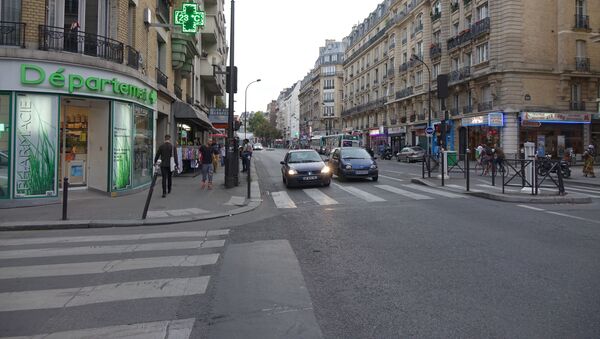 The incident started at about 11 p.m. on Tuesday at Rue Max Dormoy in the 18th arrondissement after a drunken man pulled out a knife and started randomly stabbing pedestrians.

Before fleeing the incident scene, the man managed to injure five people, while the sixth person was left safe and sound as the knife couldn't penetrate his thick coat. According to the hospital staff, the wounds are not life-threatening.

The incident was caught on surveillance cameras, what let the police launch a major operation to arrest the perpetrator. The images showed that the man hid in the entrance of a building on Rue Philippe-de-Girard in the 10th arrondissement.

Upon being arrested, the man was clearly drunk and his clothes were covered in blood, the police said, adding that they couldn't specify at the moment whether it was a terrorist act or an ordinary drunken stab rampage.