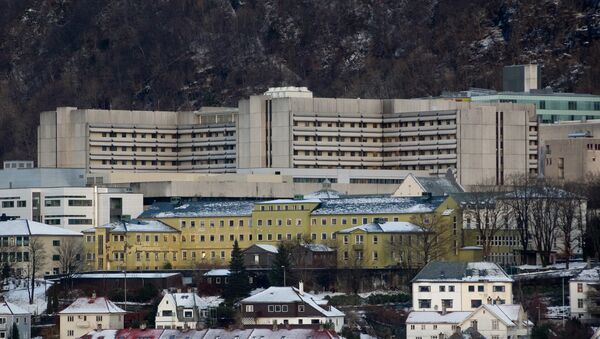 While the director of Norway's largest hospital argued that this "cure of souls" would expand the range of services provided to patients, some Norwegians claimed it was Islam that was being given special treatment.

Muhammad Azeem has the distinction of being Norway's first "hospital imam." From now on, Muslim patients at the Haukeland University Hospital in Bergen can avail themselves of his services once a week, national broadcaster NRK reported.

"It's a difficult time being hospitalized, and patients always want to share their thoughts with a cleric," Azeem told NRK. "I spend time with them, and they feel safer when talking to an imam. In this way, they also know they are talking to one who shares their culture and religion," he added.

The Haukeland University Hospital pioneered the initiative in Norway and is currently the only facility to offer this kind of service. Hospital priest Liv Ingrid Svela argued this was a step in the right way and welcomed Azeem as a member of the team, alongside four other priests.

"From time to time I used to get questions from patients who wish to talk to an imam. And due to popular demand on the patients' part, we have managed to grant their wish," Svela explained.

Hospital director Eivind Hansen concurred that having a "hospital imam" expanded his institution's religious and cultural services for the sake of patients' well-being.

However, Iranian-born psychiatrist and author Shahram Shaygani was skeptical about the step, while at the same time arguing that opening up a "spiritual" and "existential or ontological" dimension was good for healthcare. Instead, he recommended a person with theological or philosophical education, with a general knowledge of religion and metaphysical dilemmas.

Other users' reactions were even less enthusiastic. One called the idea "laughable," venturing that the public sphere should not have expenses related to "people's superstitions, be it God, Jesus, Allah, Thor, Odin or the flying spaghetti monster." Another cited the strained finances of the Norwegian healthcare sector, suggesting more clowns for sick children. Still another wryly stressed the necessity of having Jehova's witnesses banging on hospital ward doors. Demands for a "Harry Potter priest" for the more adventurous patients were also heard.

"Do other religions get the same treatment, or will Islam alone continue to eat its way into democracy? Are we living in Norway or in Islamabad??" user Bjørn Tore Pettersen inquired.

The Haukeland University Hospital is located in Bergen. It was founded in 1902 and is currently Norway's largest in terms of patients served.

Norway's Muslim community has been growing steadily since the 1960s. At present, the Muslim community is estimated to account for around 4 percent of the national population of 5.2 million, reaching as much as 10 percent in urban areas in and around Oslo.