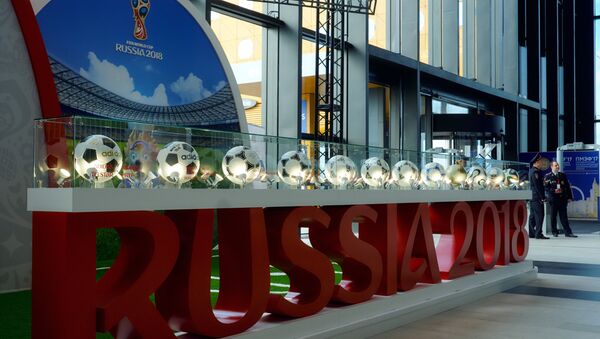 MOSCOW (Sputnik) - Some 25,000 fans of the Mexican national football team will come to Russia this summer for the 2018 FIFA World Cup, the Mexican ambassador to Russia said Wednesday.

"According to our calculations, about 25,000 Mexican fans will be coming. Or maybe even more," Norma Bertha Pensado Moreno told reporters.

She added that those Mexican supporters, who attended Russia’s 2017 FIFA Confederations Cup, had promoted the idea of visiting Russia for the World Cup.

"Russia has become a very attractive destination for Mexican tourists. Last year during the Confederations Cup about 2,000 people came from Mexico [to Russia]. They had a very positive experience of staying in Russia. Without a doubt, those who have already visited your country, have begun to promote and advertise the idea of a trip to Russia," the ambassador said.