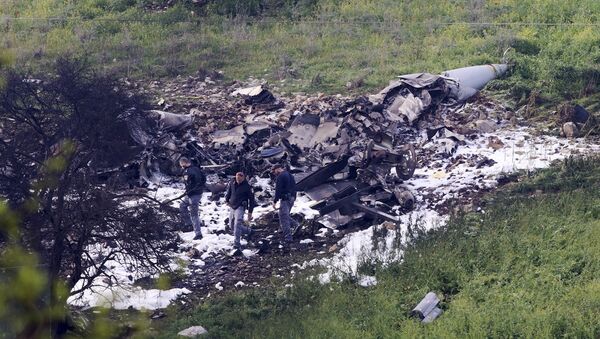 Damascus’ warning comes as the Israeli Defense Minister proclaims that there will be no restrictions to the country’s military operations.

Syrian Assistant Foreign Minister Ayman Sussan has warned potential aggressors during a press-conference against being self-confident when deciding to perpetrate attacks against Syrian territory. According to him, they can expect more “surprises” like the one with the Israeli F-16 fighter jet in the future, if they decide to attack.

"Have full confidence the aggressor will be greatly surprised because it thought this war — this war of attrition Syria has been exposed to for years — had made it incapable of confronting attacks," Ayman Sussan said.

The comment by the Syrian Foreign Ministry official comes at the in wake of the downing of the Israeli F-16 fighter jet that was bombing the positions of allegedly Iran-backed forces on the territory of Syria; and against the backdrop of a comment by the Israeli Defense Minister, who said that Tel-Aviv would not accept any restrictions to its military operations when it comes to their vital security interests.

Israel and Syria, which still have not signed a peace treaty, have been regularly accusing each other recently of violating state borders and airspace, launching ordnances and, when it comes to Tel-Aviv, it further alleges that Iranian-backed troops are being deployed near the Golan Heights.