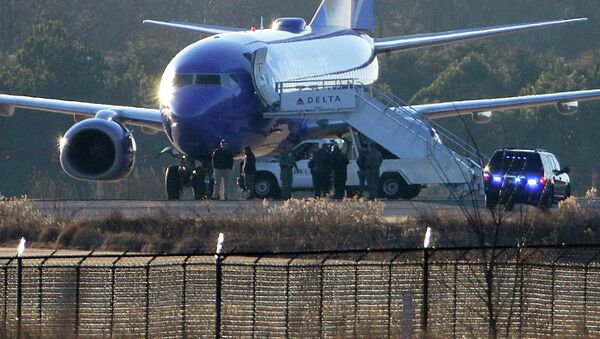 © AP Photo / David Goldman
Subscribe
International
India
Africa
Due to a fire believed to be in the auxiliary power unit, the plane's crew decided to evacuate the plane.

The Southwest Airlines flight 2123 from Los Angeles to San Jose was forced to make an emergency landing at John Wayne Airport in Orange County, California due to fire on board.

A total of 139 passengers and five crew members have been evacuated as a result of the incident. Several people have sustained minor injuries.

According to the airport's Twitter account, the fire, which was apparently in the auxiliary power unit, has already been extinguished, while operations are "back to normal."

Breaking: Multiple minor injuries on a Southwest Airlines jet at John Wayne Airport in Orange County, California after emergency landing due to fire on the plane. The crew was forced to deploy slides when the plane landed. Fire is now extinguished. pic.twitter.com/tRqGdqpuLc