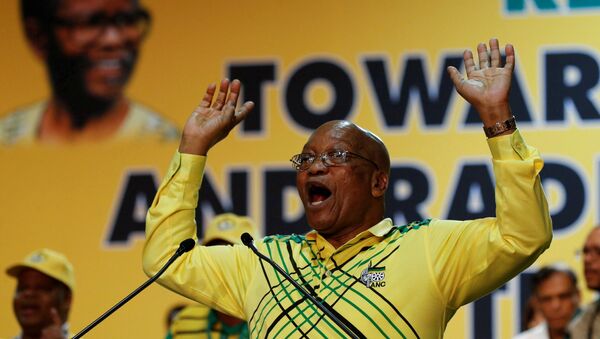 Secretary-General of the African National Congress Ace Magashule says he is unaware of whether the ANC will support a motion of no-confidence against Zuma on February, 22.

"The collective of the NEC believe that Deputy President Cyril Ramaphosa must take over the presidency… It is obvious that we want comrade President Ramaphosa to become president of South Africa," Magashule said at a media briefing on the outcomes of the February 12 special meeting of the National Executive Committee of South Africa's ruling African National Congress.

South African President Zuma Will Reportedly Resign After Preconditions Met
South Africa's ruling party says it is waiting for President Jacob Zuma to respond tomorrow to its call that he leave office after rising public anger over multiple scandals.

"I don't know what will happen, but let's leave it to President Jacob Zuma," Ace Magashule, secretary-general of the African National Congress said.

If Zuma refuses his party's suggestion, the matter could go to parliament for a vote on a motion of no confidence.

The 75-year-old Jacob Zuma has been South Africa's most notorious president since the end of white-minority rule in the country in 1994, according to media.