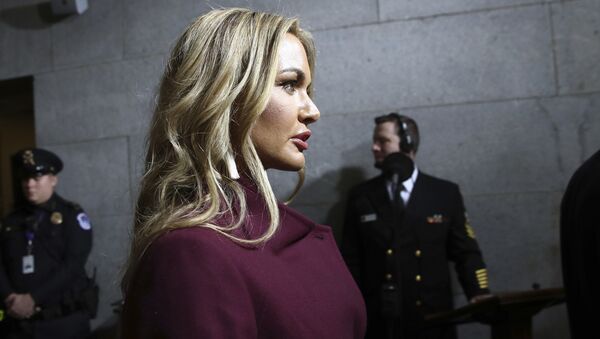 Vanessa Trump, the wife of Donald Trump Jr., was sent to medical facilities this morning after opening a letter addressed to her apartment in Manhattan that contained some unknown white substance, according to New York City law enforcement and city officials.

A preliminary investigation of the envelope's contents show nothing suspicious about the substance, the New York Police Department told Sputnik.

The letter was addressed to Trump Jr but opened by Vanessa at around 10 a.m. The couple is safe but is still being evaluated, officials told local news outlets.

The Secret Service, which is tasked with protecting the first family, is investigating the apartment in conjunction with local police officers.

Three people present at the 54th Street apartment in Manhattan were shuttled to the New York Presbyterian-Weil Cornell Medical Center primarily as a precaution, according to the New York fire department.

Before being hospitalized, fire fighters had already decontaminated the three individuals. There haven't been any signs that the white power was hazardous or some type of biochemical agent, and there is no indication anyone has been injured, NBC reported.

Pieces of mail have caused law enforcement to stay on high alert since 2001, when envelopes laced with anthrax were delivered to the offices of US media organizations and lawmakers, leading to five deaths and 17 infections. The anthrax attacks started one week after the September 11, 2001, terrorist attacks.