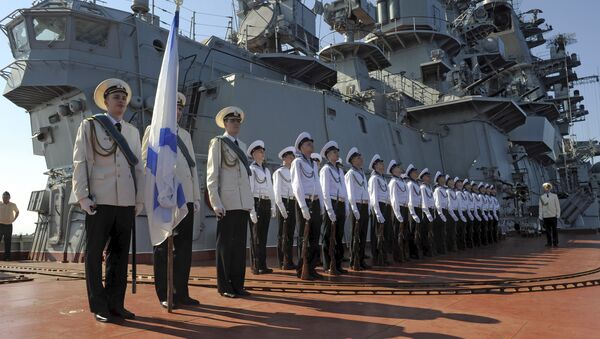 "As far as terrorists’ sorties are concerned, everybody understood that those sorties could not be stopped overnight. But the Russian air force component which is tasked with continuing to help the Syrian armed forces in fighting terrorism, has the necessary potential to keep suppressing terrorist activity in Syria," he told reporters.

The spokesman specified that Russia is continuing diplomatic efforts on Syria.

"This is the continuation of the Astana and Sochi dimensions. As you know, the president continued regular contacts with his colleagues from Turkey and Iran in recent weeks. This work will continue," he added.

Transfer of Force: US Redirects Air Power from Iraq and Syria to Afghanistan
Currently, two Russian bases in Tartus and Hmeymim, as well as the center for Syrian reconciliation are operating in the country.

So far, most part of Russian contingent in Syria has been withdrawn from the country's soil, following the December order of Russian President Vladimir Putin after over two years of an anti-terrorist aerial campaign conducted in the Arab Republic.

Less than a month after Putin's announcement, terrorists conducted two attacks on the base in Hmeymim that resulted in two servicemen being killed.

Commenting on the attacks Vladimir Putin described the attacks as provocation, adding that Russia knew, who the perpetrators were.

Lack of US Assistance

Speaking further, Peskov notes a lack of US assistance in the fight against terrorism in Syria and organization of political settlement there.

"As for the assistance on the part of the United States of America in stabilizing the situation in Syria and continuing work on a politico-diplomatic settlement, there is a lack of such assistance," Peskov told reporters.

The US deployed its troops to Syria in 2014 without obtaining a mandate from either the UN or Syria. Damascus has numerous times called on the US to withdraw the troops from Syrian territory.

In his most recent call, Syrian Deputy Foreign Minister Faisal al-Mekdad dubbed such deployment "invasive," adding that Damascus would regard such actions as "occupation." Russia has also called for preserving Syria's integrity.