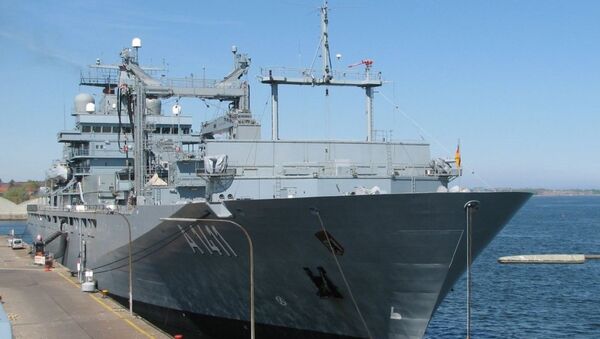 CC BY-SA 2.0 / Markus Brinkmann / Vessel "Berlin"
Subscribe
International
India
Africa
As the German fleet is in poor condition, the country's navy should no longer participate in NATO, EU and UN maritime missions, a German official in the military field said.

"There should be no additional maritime mission for NATO, EU or UN," Bartels told the German newspaper Bild am Sonntag. "The navy will soon run out of the operational ships."

According to the official, the current situation emerged due to bureaucracy and mismanagement issues as well as untimely spare parts supplies which resulted in longer shipyard stays.

"There are too many administrative responsibilities, a lack of staff, and sometimes [ship repair] companies like to cling as long as possible to a given order," Bartels said.

The official noted that old German navy frigates have been decommissioned according to a plan but they haven't yet been replaced by new ones.

"Six out of 15 old frigates have been retired from service, but none of the new F125 frigates has been released to the navy," he said.

The German navy has been engaged in several maritime missions, including patrolling the Mediterranean crossing from northern Africa into Europe in the framework of the EU operation "Sophia" that was created as a response to the migration issue. The mission will be active until the end of 2018.

German ships have also been deployed within NATO's Standing Maritime Group 2 in the Aegean Sea with a similar task. In addition, they are of crucial importance for supporting other NATO and UN missions worldwide.