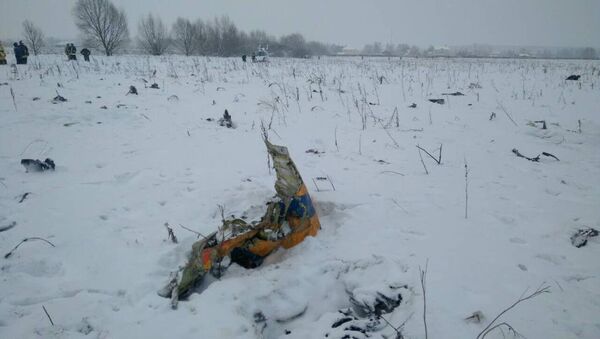 The An-148 passenger plane, carrying out a domestic flight, crashed in the Moscow Region on Sunday, killing all 71 people aboard.

The crash of the An-148 that occurred yesterday in the Moscow region was caught on a surveillance camera and the video of the disaster has recently appeared on Youtube.

The footage shows an explosion after which the plane flies several dozen meters further and then crashes.

Following the crash, a voice recording appeared on the Internet, with flight dispatchers trying to contact the pilots after the plane disappeared from radars.

READ MORE: Air Disaster Near Moscow: What We Know So Far About An-148 Passenger Jet Crash

All potential reasons of the catastrophe, including weather conditions, technical issues, human error and other versions, are being investigated.