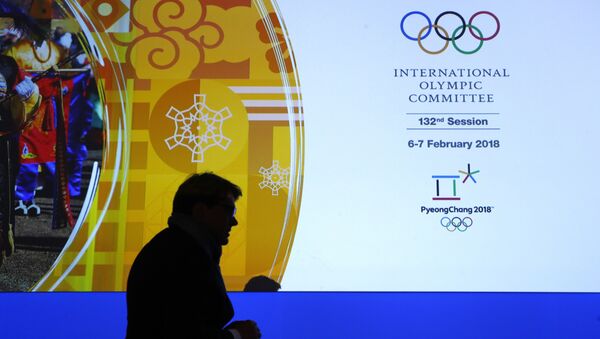 MOSCOW (Sputnik) - The Olympic athletes from Russia who have arrived at 2018 Winter Olympic Games are "clean," but they remain in a "high risk group" and have been tested for doping rigorously, Medical and Scientific Director of the International Olympic Committee (IOC) Richard Budgett said Sunday.

Budgett stressed that Olympic athletes from Russia were the focus of the IOC before and during the Games, and that the IOC could be confident that those who have come to South Korea's Pyeongchang are "clean."

Richard Budgett also said that about 2,500 doping tests will be taken at the Winter Olympic Games in South Korean Pyeongchang, including around 1,000 in-competition.

"The test distribution plan… is for around 2,500 tests, with over 1,400 of these being out-of-competition and just over 1,000 in-competition," Budgett said at a press conference, streamed by the IOC.Budgett explained that this was one of the most charged periods of testing in the year.