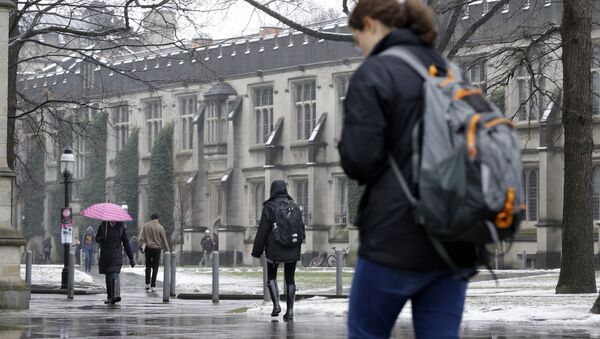 The professor had used the same example to demonstrate the power of oppressive symbolism for many years, but until now he has never faced any complaints. The university is backing the professor and says the case may be indicative of the level of racism being levelled against African-Americans.

Lawrence Rosen, anthropology professor at Princeton University landed in hot water after he used the n-word during one of his classes, according to the local news outlet the Daily Princetonian. Several students decided to abandon the class and even his course, while two of them filed a complaint.

According to some of the students, prof. Rosen during the class dedicated to the themes of hate speech, blasphemy, and pornography said the n-word repeatedly. He allegedly asked his students a question “What is worse, a white man punching a black man, or a white man calling a black man a n****r?” He later repeated the n-word several times and didn’t react to students’ requests to stop doing so or apologize, defending his use of the word. “I don’t think I need to apologize; I did not oppress anyone,” –the professor allegedly said.

The university’s spokesman published a response to the incident, saying that “disagreements that took place […] are part of the vigorous engagement and robust debate that are central to what we do.”  The spokesman also added that the university will continue “to encourage discussions about free speech and inclusivity with the students” both in Professor Rosen’s class and on the campus in general.

According to the anthropology department chief, Rosen had been using such vivid verbal examples of oppressive symbolism for many years, but only this year has he faced such a reaction from the students, noting that it may be an indicator of the level of racism targeting African-Americans in the US, as none of the students reacted to the examples of  anti-Semitism or anti-Americanism.