Modi Given Palestine's Highest Award for Contribution to Bilateral Ties 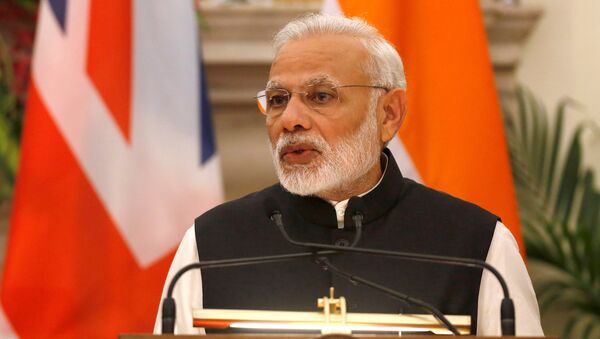 Modi is currently on his four-day Middle East tour, which includes visits to Palestine, the United Arab Emirates and Oman.

"In a special recognition of the Prime Minister’s contribution to relations between India and Palestine, [Palestinian] President Abbas conferred the Grand Collar of the State of Palestine on him after the conclusion of the bilateral meeting," the statement read.

I congratulate Prime Minister @narendramodi on being conferred the Grand Collar of the State of Palestine, Highest Palestinian honour for a foreign dignitary. This is a recognition of PM Modi’s inspiring leadership and stature as a world leader. pic.twitter.com/8FrFv1eJuW