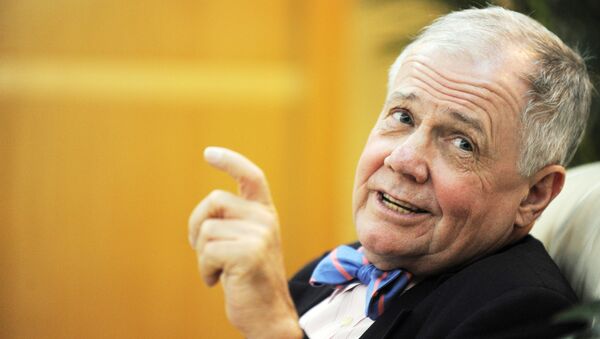 The Dow Jones Industrial Average plummeted for the second time this month, losing over 2,000 points, or about 10% of its value, since late January, before bouncing back slightly Friday. Sputnik spoke to veteran US investor and financial commentator Jim Rogers on the reason behind the drop, and where things will go from here.

The two other major US indexes, the Nasdaq and the S&P 500, suffered similar losses over the past two weeks, with a massive selloff leading to a drop of 9.7% and 12%, respectively, by Thursday. The Dow closed 1.9% above Thursday's figure on Friday, with the Nasdaq and S&P trickling up 1.4% and 1.5%, respectively. Generally, a 10% drop is considered the formal threshold of a stock market correction.

US Market Swings Driven by Reliance on Government Bailouts - Experts
Speaking to Radio Sputnik, Jim Rogers offered his take on the market situation.

Sputnik: What are the reasons behind the falling stock market in the US?

Jim Rogers: Whenever people get surprised in the market they always have to come up with reasons. We never usually know the real reasons until weeks or months later. The real reason in my view is that the American stock market has been going up for over two years with no correction – not even a five percent correction. Normally markets correct ten percent all the time. This is a very overextended, overbought market, and so it was time for a correction. I can give you [other] reasons, but that's the real reason.

Sputnik: Is this the end of the stock market euphoria we've been witnessing since the beginning of the last year?

Jim Rogers: Central banks all over the world have been printing huge amounts of money and putting it into the markets. The Japanese Central Bank [for example] prints money every day and buys Japanese bonds and ETFs [exchange-traded funds]. This has never happened in world history. With a central bank buying all sorts of American stocks – this is going to end very, very badly when it ends. 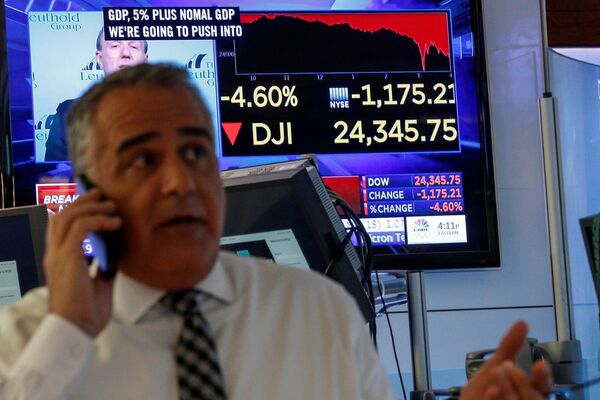 Chinese Markets Unlikely to Repeat 2015 Fall After Latest Dow Drop - Analysts
Sputnik: Will there be any correlation between this drop in the stock market in the US in terms of the political and economic situation? Are we just going to see a rebalancing and a bouncing back?

Jim Rogers: I would suspect there'll be a bounce back in March, when the [Federal Reserve] raises interest rates. People are selling now in anticipation of that coming. Also when the news comes out, the market goes the other way.

But to answer your real question: This is not going to affect the real economy anywhere, yet. It may affect a few people, but it won't affect any country's economy until and unless it goes on much longer and much further. A ten percent correction is nothing, as I said before. That's normal in markets. It happens all the time.

Sputnik: What are your predictions for the US stock markets for the next few months? Is it going to be a continued volatile period, or are we going to see some steadiness return?

Jim Rogers: I suspect the market will continue to be sloppy into March. When the Federal Reserve raises interest rates, the markets will go up…and go up for a while. But later in the year, when the Federal Reserve raises interest rates again, this time the market will start getting worse, and eventually, sometime later this year or next year, all of this is going to begin to come to an end.

This may already be the first opening shot in coming to an end. These markets, when they end, they don't usually do so in one day; it usually takes a year or two for the bear market to unfold. But I would suspect that we're going to see some more upsides later in the year, and then worry about 2019 and 2020. 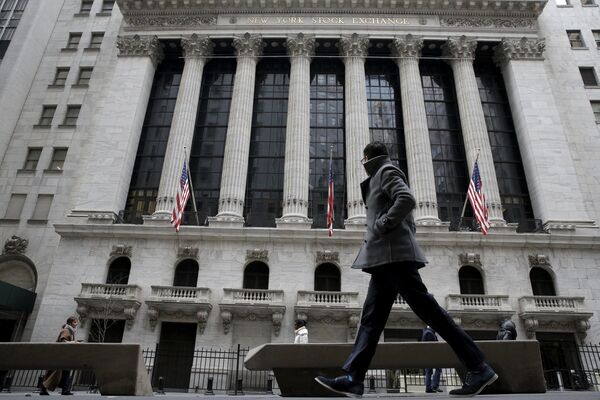 Merkel Notes Turbulence on Stock Markets, Pledges New Gov't to Ensure Stability
Sputnik: How much are inflation fears playing into the stock market's decline? Is there a correlation between the two?

Jim Rogers: Yes yes yes! Because markets know that when there's inflation, interest rates will go higher, and when interest rates are higher, that competes with people's money. Rather than putting [money in say] Gazprom, they'll put it into government bonds, and people know that. It's happened throughout history. Now, interest rates are the lowest they've been in recorded history, and they can only go up from here, and that will affect economies and markets in the next two or three years. Not now, but in two or three years.