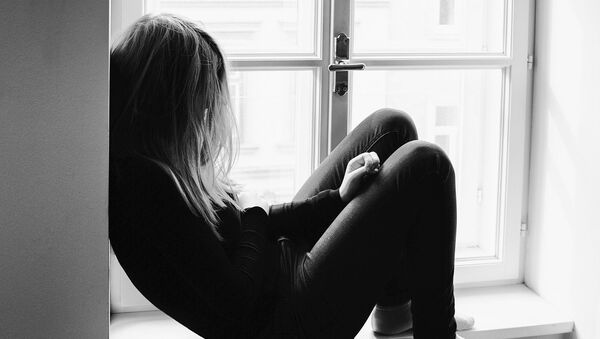 © Photo : Pixabay
Subscribe
International
India
Africa
Life expectancy in the Land of the Free has dropped for the second year in a row as a new report reveals that drug, alcohol abuse and suicide rates are contributing to the dramatic drop.

The report, published in the British Medical Journal, reveals that the drop was most significant among middle-aged white Americans and those living in rural communities.

"We are seeing an alarming increase in deaths from substance abuse and despair," said Steven Woolf, co-author of the report, released Wednesday.

"It may not sound like much, but the alarming story is not the amount of the decrease but that the increase has ended," Woolf explained.

The US had the highest life expectancy in the world in 1960. However, American life expectancy is currently 1.5 years lower than the 35 nations included in the Organization for Economic Cooperation and Development, which includes Canada, Germany, Mexico, Australia, the Netherlands and the United Kingdom.

The report also reveals that Americans are less healthy than those in other developed nations due to adolescent pregnancy, HIV/AIDS, obesity, diabetes and heart disease. Americans also engage in risky behavior including high calorie intake, drug abuse and gun ownership.

In addition, many Americans live in cities where walking or biking is less common. The lack of universal health care in the US is also a contributing factor to poorer American health.

"The consequences of these choices are dire: not only more deaths and illness, but also escalating health care costs, a sicker workforce and a less competitive economy. Future generations may pay the greatest price," the report stated.

Although the deadly US opioid crisis has contributed to the drop in life expectancy, it is not the primary cause, according to Woolf.

"It's a larger issue, involving addiction to opioids but also fatal overdoses from other drugs," Woolf added.

The rate of fatal drug overdoses surged 137 percent between 2000-2014. In addition, deaths from alcohol abuse and suicide dramatically increased. Between 1999-2014, the suicide rate rose 24 percent. White middle-aged Americans, people with limited education, women and those in rural areas experienced the largest increase in suicide rates.

"The problem is concentrated in rural, largely white counties that have often struggled for many years with stagnant wages, unemployment, poverty and the loss of major industries that fueled local economies," Woolf detailed.

"The root causes argue for policy solutions, especially those directed at strengthening the middle class that are not getting sufficiently prioritized by elected officials," Woolf advised.