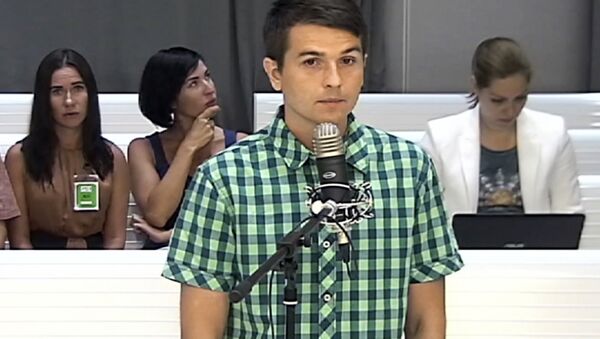 © AP Photo
Subscribe
Russian programmer Stanislav Lisov is suspected by the US of developing a "bank Trojan" called NeverQuest, with which he abducted $855,000, and also unsuccessfully tried to conduct other illegal financial transactions.

Lisov, who is accused of committing cybercrimes in the US, was extradited from Spain to the United States, lawyer Oleg Gubarev told journalists on Friday.

According to Gubarev, Lisov's handover to US authorities occurred on January 19. "On January 19, 2018, Stanislav Lisov was extradited to the United States. We used all national judicial methods of protection, reaching the Constitutional Court. Russian Embassy and the Ombudsman, for their part, also did their best to protect Stanislav's interests," said the lawyer.

According to him, the Spanish authorities did not take into account the compelling legal reasons for refusing extradition.

"Complaints about blatant and well-proven violations of basic human rights were left without attention. All this makes us think there was some other motivation for the decision," he added.

Lisov was detained in January 2017 in Barcelona. The trial was held on July 20 in Madrid, where the detainee pled not guilty. On July 31, the 4th section of the National Judicial Chamber decided to extradite Lisov. In early September, his lawyers appealed, but the complaint was rejected.

Tsipras: Greece to Uphold Court Decision on Extradition of Turkish Servicemen
The Spanish government approved extradition on December 1. The cabinet decision says that in the US, Lisov is suspected of developing a "bank Trojan" called NeverQuest, with which he abducted $855,000, and also unsuccessfully tried to conduct other illegal financial transactions worth $4.4 million. This software was developed to gain access to personal computers and the computers of financial institutions for the purpose of stealing bank details, information about cards and financial transactions. In addition, it is assumed that the suspect sold "information of access and personal information of his victims" on the black market.
000000
Popular comments
a good news story !