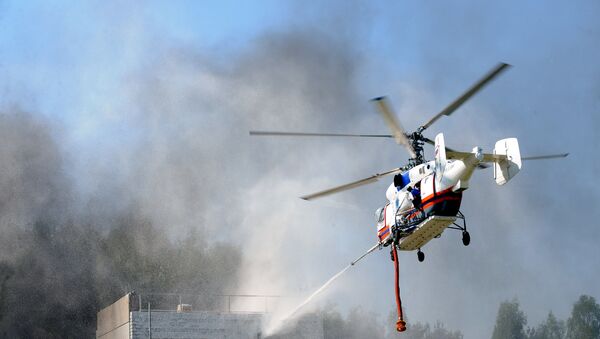 Moscow is Russia's only city with its own dedicated emergency response aviation unit. The helicopters of the Moscow Aviation Center (MAC) help the city get out of the most difficult situations, saving thousands of lives in the process. On the occasion of Russia's Civil Aviation Day, let Sputnik bring you up to speed on MAC's specialized aircraft.

The Moscow Aviation Center was established in 2003. Since then, its helicopters have put out numerous major fires, evacuated the victims of transport accidents, and even participated in the elimination of the large-scale forest fires surrounding the city in 2010.

Today, MAC's park of aviation center consists of ten multipurpose helicopters, operating from 29 helipads, six of which are based at medical facilities, one on the Moscow Ring Road and 22 in the Troitsky Administrative region southwest of the capital. The air rescue team is headquartered at the Ostafyevo International Business Airport, about 14 km south of the Moscow Ring Road.

While its formal area of responsibility is limited to Moscow and the Moscow region, MAC's experienced pilots, doctors, engineers, technicians, and dispatchers are also regularly deployed to other regions of Russia, and even to other countries.

The Mi-26T, an upgrade of the Mi-26, the world's largest heavy lift cargo helicopter, is the flagship of Moscow's airborne fire rescue fleet. Flying at speeds up to 270 km/h, the chopper, which can carry up to 15 tons-worth of water with its spillway device, or 20 tons  of cargo in its cabin, can also transport up to 60 injured people in ambulance mode. 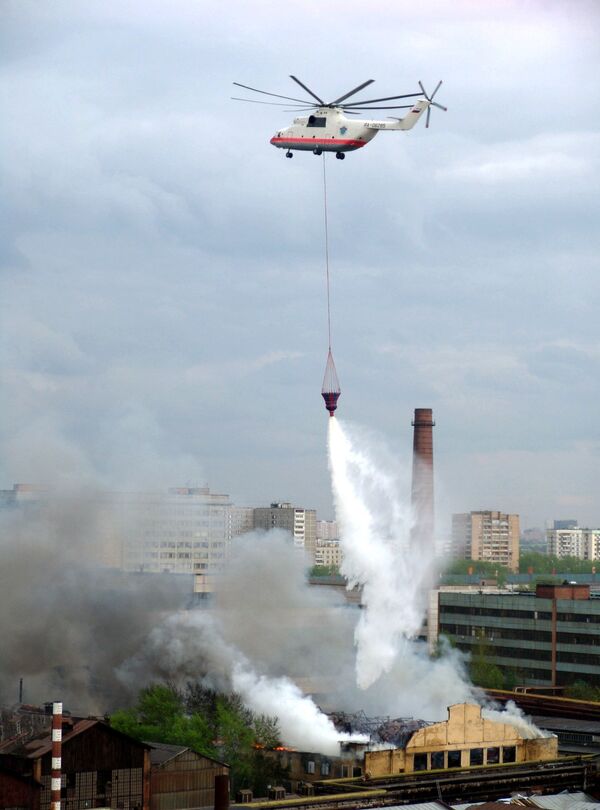 Ka-226T: Shining Mirror of Russian Helicopters' Bright Future (PHOTOS, VIDEO)
The Mi-26T's first mission was to put out a major industrial fire at Moscow's Serp i Molot Metallurgical Plant in 2005. A year later, the chopper was sent to help extinguish a major forest fire in Greece. In 2010, the MAC Mi-26T did the same thing in Moscow, dropping some 17,000 tons of water on the surrounding forest area.

In perhaps its most dramatic mission to date, the heavy chopper battled a fire on the 67th floor of the Vostok Tower at the Moscow City business center. Working with four other MAC choppers to put out a blaze that firefighters on the ground simply could not tame, the Mi-26T held its own against 15 m/s winds, at night, and helped to dump about 300 tons of water onto the raging inferno.

The Ka-32A, a multipurpose helicopter with space for up to 13 passengers and a winch for lugging around a variety of equipment on its external suspension, is the perfect option for MAC's search and rescue operations. The airborne rescue group has three Ka-32As at its disposal. Rushing to the emergency at speeds up to 260 km/h, the chopper can scoop up up to five tons of water from any reservoir over a meter deep. 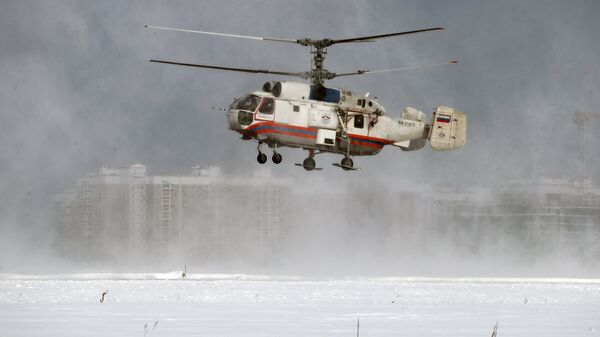 One of MAC's Ka-32A search and rescue helicopters coming in for a landing.
© Sputnik / Vitaliy Belousov
/
Go to the photo bank

Confirmed to Sputnik: Russia Developing Futuristic Ka-90 Plane-Helicopter Hybrid
But it is the Ka-32A's attachable precision fire extinguishing system that serves as its most interesting distinguishing feature. Designed especially for putting out blazes in high-rise apartment buildings and office blocks, the system includes special tanks filled with a mix of water and special foaming agents, which can then be either dropped or sprayed from a water cannon horizontally.

The system proved its worth during a fire at Russia's Almaz-Antey plant, known for the production of the S-300 and S-400 air defense system, in 2010. 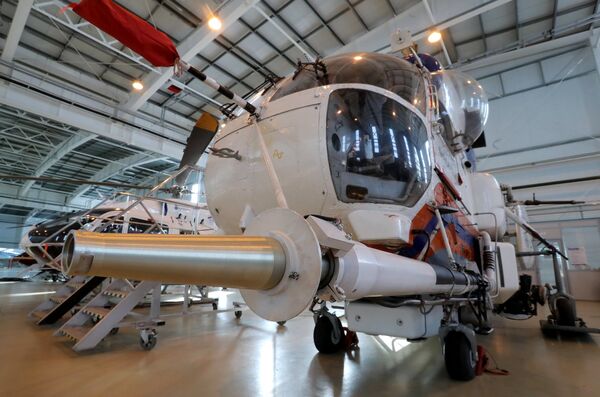 Last year, MAC's Ka-32As helped put out a fire at a Moscow Ring Road-area shopping center, a massive blaze stretching across 55,000 square meters. The choppers ended up dropping nearly 500 tons of water on the fire, using water from the Moskva River.

The light BK 117C-2, an air ambulance perfect for maneuvering in a dense urban environment, flies to the scene of the accident at speeds up to 280 km, and has a range of 640 km, allowing it to deliver a team of doctors all the way to St. Petersburg without refueling in just two and a half hours. 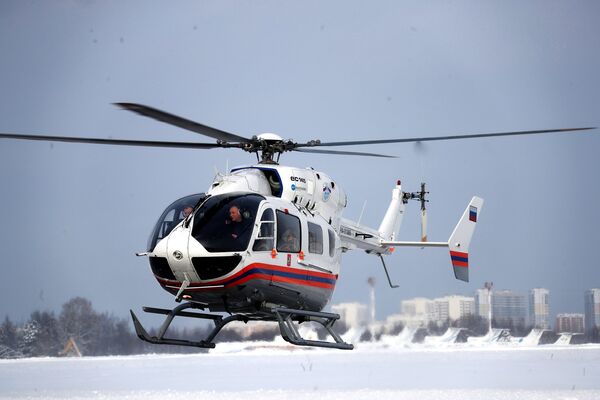 As may be expected, MAC's special-purpose VK 117C-2s are fitted with a plethora of medical equipment, including artificial ventilation kit, defibrillator, resuscitation, and obstetrics kits. The helicopter has a crew of five, including two pilots, two doctors and a paramedic. The crew are specially trained as emergency workers, and can descend from the chopper on a winch, and use a variety of rescue tools such as chainsaws.

Always at the Ready

On average, the crews of the Moscow Aviation Center make about ten flights a day. In addition to their use for emergencies, the unit's helicopters also engage in the transport of seriously ill people to medical facilities. Over the last decade, MAC's specialists have assisted and hospitalized about 5,000 people from the scene of accidents. The center's timely efforts have doubtlessly helped to nearly halve the number of deaths caused by car accidents in Russia's capital.