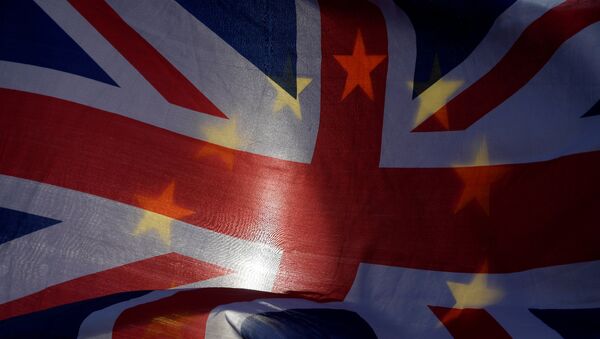 According to the European Union’s leaked position paper, obtained by the Guardian on Wednesday, Brussels intends to obtain the power to close off parts of the single market to the United Kingdom during the transition period, if it takes too long to take London to the European court to settle a dispute.

"I do not think it was in good faith to publish a document with frankly discourteous language, and actually implying that [the EU] could arbitrarily terminate in effect the implementation period. That’s not what the aim of this exercise is, it’s not in good faith, and we think it’s unwise to publish that," Davis told reporters.

Soros' 'Elitist' Anti-Brexit Intervention 'Defies Will of British People' - MEP
The comment was made following meetings of the Brexit cabinet committee, chaired by UK Prime Minister Theresa May. The meetings supposedly focused on shaping the United Kingdom’s vision of future relationship with the European Union in the run-up to the talks with EU chief negotiator Michel Barnier, set to resume on Friday in Brussels.

When asked whether the meetings had made progress, Davis stated that the atmosphere was "very constructive."

The United Kingdom held the referendum on quitting the EU on June 23, 2016. In March 2017, May officially invoked Article 50 of the Lisbon Treaty, launching the country's withdrawal process. Brexit negotiations between the United Kingdom and the European Union started in June and are due to be completed by the end of March 2019.

In December, the sides finished the first phase of negotiations. London and Brussels are currently preparing for the second phase of the talks, which is dedicated to the transition period in EU-UK relations after Brexit, and their future trade and security cooperation.