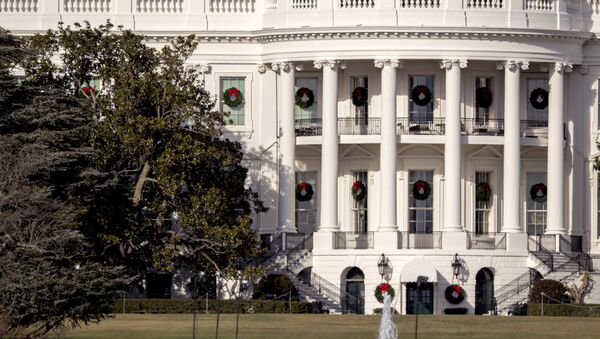 WASHINGTON (Sputnik) - White House advisors would recommend that President Donald Trump sign a US Senate version of a bipartisan bill to fund the federal government, the Office of Management and Budget said in a press release on Thursday.

The release said the non-defense spending in the bill is higher than the administration believes is necessary, and added that Congress should enact hundreds of billions of dollars in additional spending cuts proposed by the administration without delay.

Trump Calls for US Government Shutdown if Deal on Immigration Not Reached
Both the US Senate and House of Representatives are expected to vote on this legislation on Thursday in order to prevent a federal government shutdown at midnight when funding runs out.

It was earlier reported that Republicans and Democrats reached an agreement on the federal spending budget, including military and other funding. Senate Majority Leader Mitch McConnell has called his fellow congressmen to review the bill and join in voting to advance it.

The current short-term funding bill will expire at midnight Thursday.