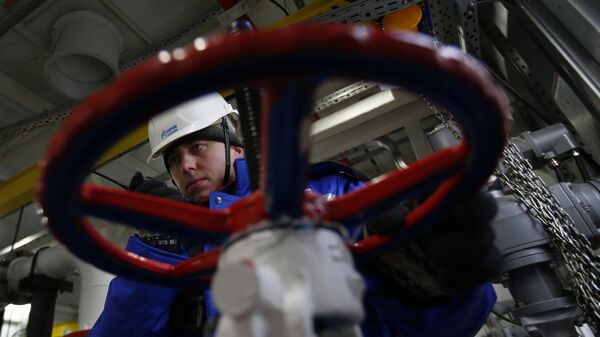 MOSCOW (Sputnik) - The US IT giant Oracle informed Russian oil and gas companies that it had joined Washington's elevated sanction policy, and thus would toughen conditions for the provision of products and services to its Russian clients, Russian media reported on Thursday.

In a letter dated January 12 and obtained by the Kommersant newspaper, Oracle warned Russian partners about its compliance with the new US sanctions demands targeting the oil and gas sector of the Russian economy.

The sanctions ban providing, exporting, or re-exporting goods, services, or technologies that support deepwater and Arctic offshore exploration and drilling, as well as shale projects involving one of the companies included by the Office of Foreign Assets Control (OFAC) in Directive 4 under Executive Order 13662.

US Extends Russian Industry Sector Sanctions to Gazprom Oil and Gas Field
A source within one of the Russian oil companies told Kommersant that the restrictions may result in significant difficulties for the Russian oil and gas sector as it is still highly dependent on foreign software.

On October 31, the US Department of the Treasury expanded the restrictions saying that all the projects with at least 33-percent participation of the sanctioned companies must face sanctions.

In August, President Donald Trump has signed a bill to slap new sanctions on Russia which targeted Russia's defense, intelligence, mining, shipping and railway industries and restricted dealings with Russian banks and energy companies. Russian Foreign Minister Sergei Lavrov called the law "outrageous" and stressed that new sanctions against Russia is a "shameless" attempt of the United States to promote its economic interests in Europe.

Germany's top diplomat Sigmar Gabriel also criticized anti-Russian sanctions, as according to the minister they can lead to dire consequences for energy supplies in Germany since sanctions affect Russian pipelines.

Directive 4 was introduced in 2014 after the eruption of the Ukrainian crisis and Crimea's decision to rejoin Russia. The document targets 283 companies, including Gazprom, Rosneft, LUKoil, and Surgutneftegaz. The restrictions affect projects launched after January 29 or earlier contracts that are amended, renewed or prolonged.