Peace Activist Explains Who Profits From US Nuclear Posture Review 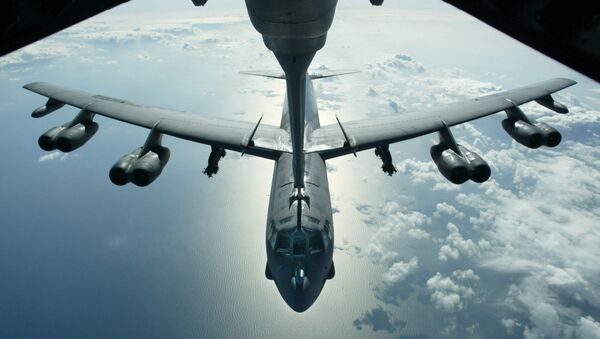 "I kept it in mind when I read through the Pentagon’s… release of the 2018 Nuclear Posture Review as provided by Secretary of Defense General Jim Mattis (ret.) that… Mattis was previously employed by General Dynamics which is a corporation involved with the manufacturing of nuclear weapons," Weinberg said.

Weinberg, who is the founder of Show Up! America, a non-profit, said the US government’s ongoing multiple wars around the world and its renewed conventional as well as nuclear armaments programs were proving very profitable for the executives and shareholders of armaments industry corporations.

Members of Congress, many of whom received lavish campaign contributions from defense contractors and who wanted to bring their operations to their own local districts, were similarly not disposed to ask searching, critical questions about the military buildup, the activist pointed out.

US armament industry corporations had a direct influence on the shaping of foreign policy objectives, Weinberg observed.

The new doctrine did not mark a departure or U-turn in US defense policy but rather was an extension of policies and tendencies that had been developing under previous presidents, George W. Bush and Barack Obama, he recalled.

"It is important to understand that the arms race, including the threat of nuclear weapons, between the United States and both Russia and China has been in play for quite some time, even during the Obama administration," he said.

Obama was awarded the Noble Peace Prize right after becoming president. However, he then promoted a boycott of the United Nation’s deliberations to ban nuclear weapons and even set in motion – well before Trump took office – $1-trillion revamping of the nuclear weapons arsenal, Weinberg added.

"In other words – the Pentagon’s annual Nuclear Posture Review is nothing new, albeit extremely shortsighted and dangerous," he concluded.