A Look at Military Parades Around the World

With Donald Trump raising a few eyebrows yet again and ordering the Pentagon to plan a military parade for Washington DC, Sputnik takes a peak at how it's done around the globe.

While the US has some experience of arranging similar events in the past, it has been a while, and Pentagon officials probably need a few tips.

From China to Iran and, of course, Mother Russia, we've gathered plenty of striking visuals the US president can have a look at. 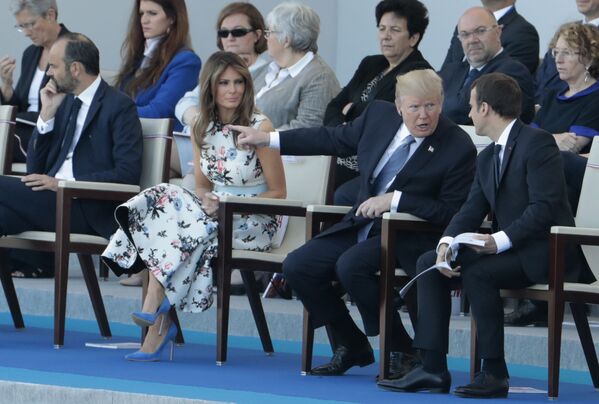 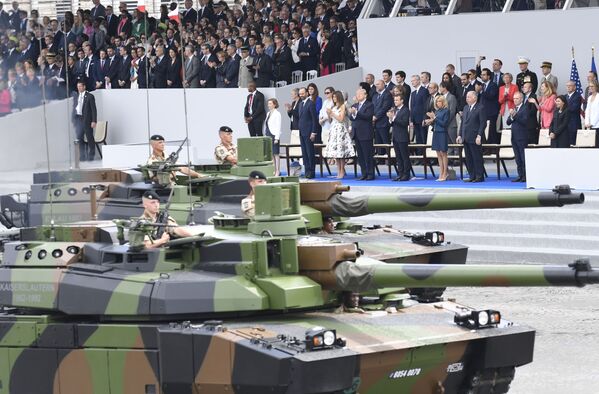 2/16
© AFP 2022 / Saul Loeb
French Defence Minister Florence Parly, French Prime Minister Edouard Philippe, US President Donald Trump and his wife First Lady Melania Trump, French President Emmanuel Macron and his wife Brigitte Macron, Senate President Gerard Larcher, the President of the French National Assembly Francois de Rugy and the Mayor of Paris Anne Hidalgo look at members of the 5e Regiment de Cuirassiers during the annual Bastille Day military parade on the Champs-Elysees avenue in Paris on July 14, 2017.
The parade on Paris's Champs-Elysees will commemorate the centenary of the US entering WWI and will feature horses, helicopters, planes and troops. 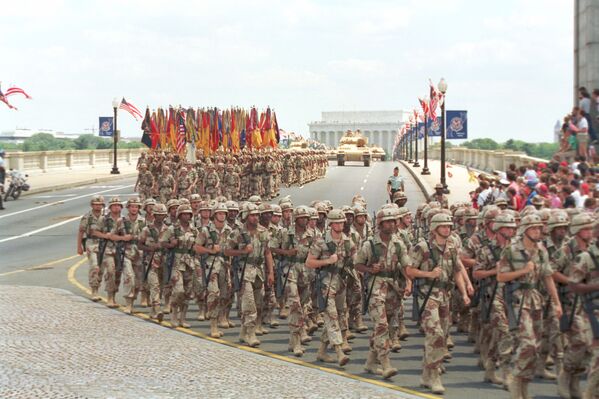 3/16
© AP Photo / Doug Mills
Troops march over the Memorial Bridge in Washington, D.C., as they head towards the Pentagon during the National Victory Day Parade on Saturday, June 8, 1991. The celebration to honor Gulf War troops drew an estimated 800,000 spectators. The Lincoln Memorial is visible in background. 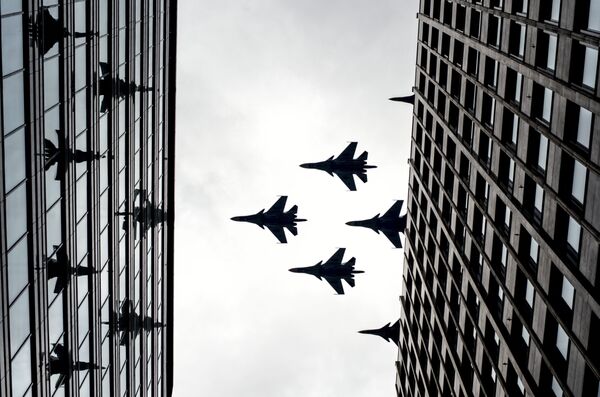 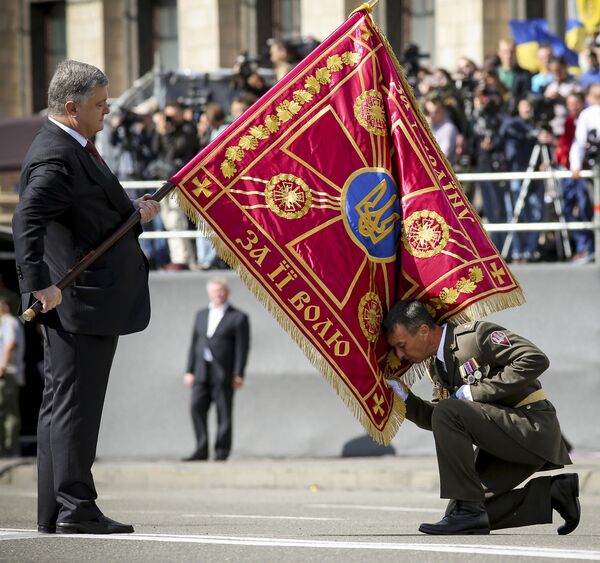 5/16
© Sputnik / Mikhail Markiv
/
Go to the photo bank
President of Ukraine Petro Poroshenko at the Independance Day Parade in Kiev. 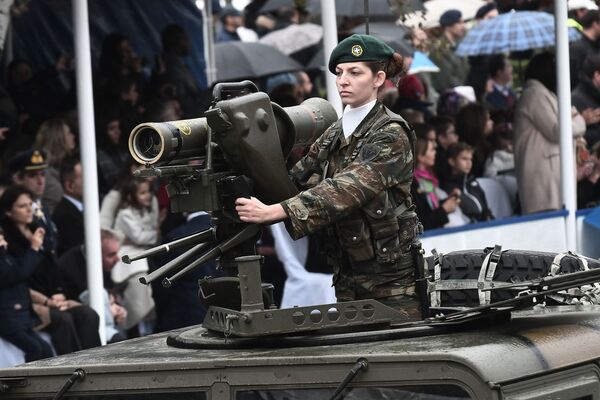 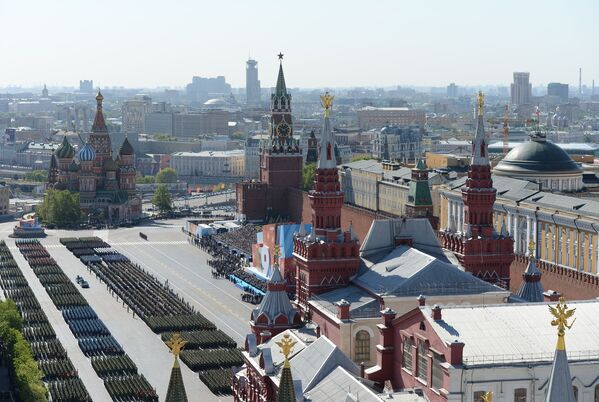 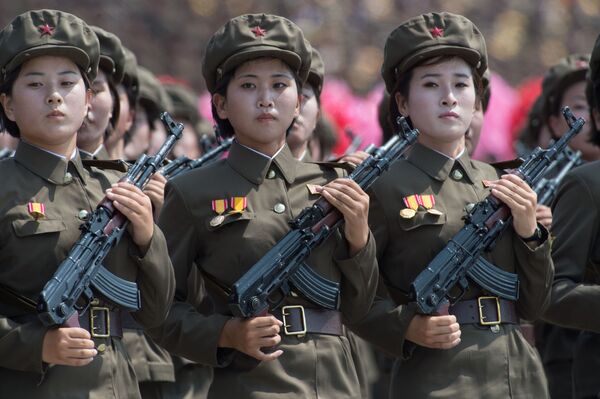 8/16
© Sputnik / Ilya Pitalev
/
Go to the photo bank
Female military personnel at the parade commemorating the 60-year anniversary since the Korean War ended in Pyongyang. 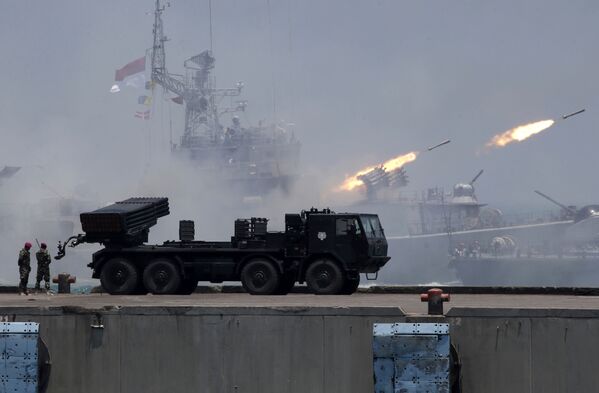 10/16
© AFP 2022 / Wang Zhao
Crowds watch as Chinese soldiers march during a military parade in Tiananmen Square in Beijing on September 3, 2015, to mark the 70th anniversary of victory over Japan and the end of World War II. 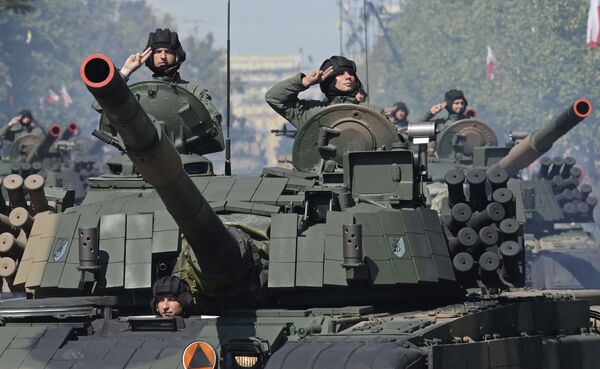 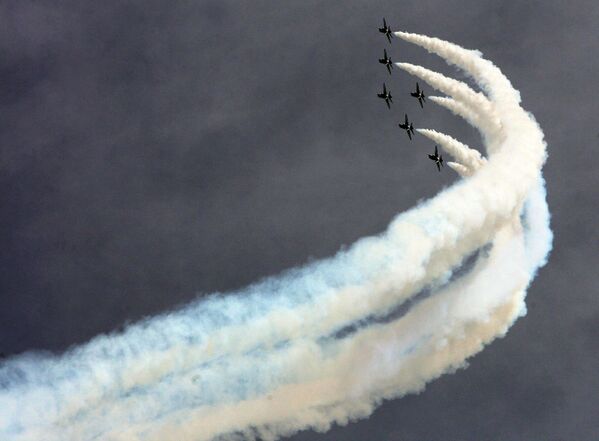 12/16
© AFP 2022 / Yasser Al-Zayyat
The Royal Saudi Hawks, the aerobatic team of the Saudi Air Force, perform during a military show in Kuwait City on February 28, 2011 as the Gulf state marks its 50th Independence Day and 20th anniversary of the end of the Gulf war with the liberation of Kuwait from Iraqi occupation. 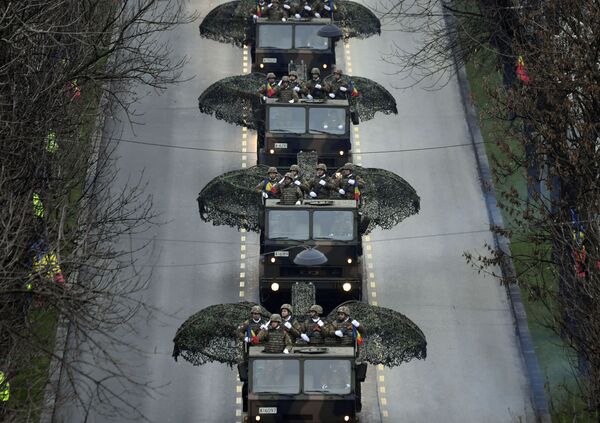 13/16
© AFP 2022 / Daniel Mihailescu
Romanian army's tanks drive down a street during a military parade to celebrate the National Day of Romania in Bucharest on December 1, 2017. 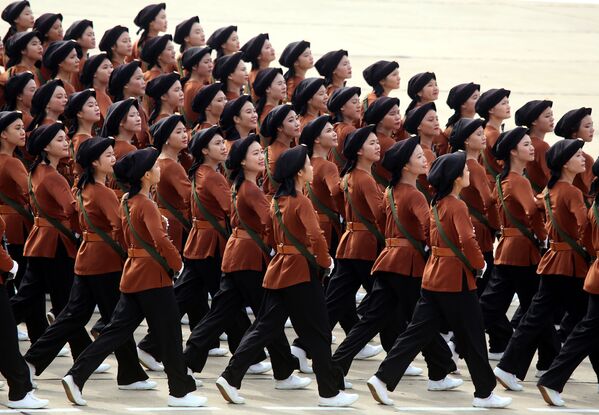 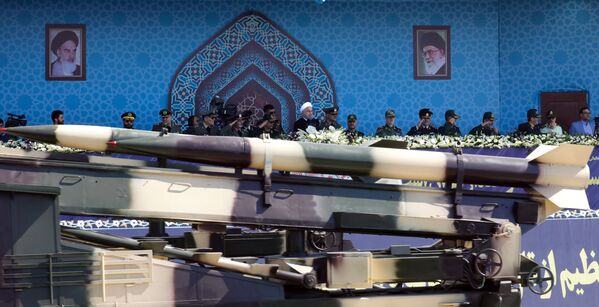 15/16
© AFP 2022 / Str
An Iranian medium range missile Zelzal passes by Iranian President Hassan Rouhani (C) during the annual military parade marking the anniversary of the outbreak of its devastating 1980-1988 war with Saddam Hussein's Iraq, on September 22, 2017 in Tehran.
Rouhani vowed that Iran would boost its ballistic missile capabilities despite criticism from the United States and also France. 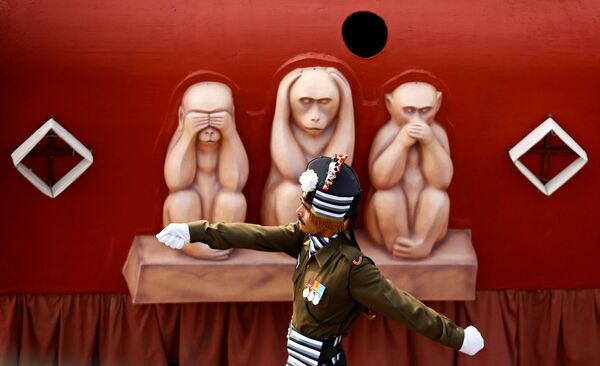 16/16
© REUTERS / Adnan Abidi
An Indian Army soldier marches next to a tableau during the Republic Day parade in New Delhi, India January 26, 2018.