At Least 2 Kiled, 115 Injured as a Result of Strong Earthquake That Hit Taiwan 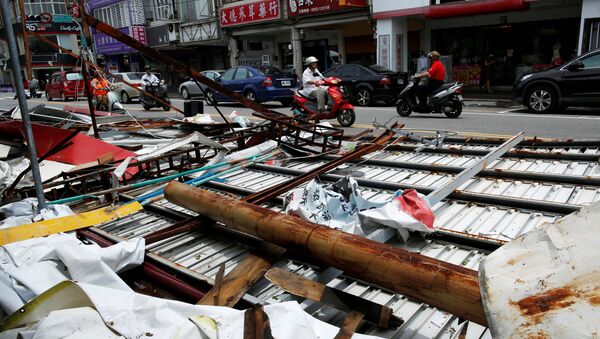 The devastating earthquake in Taiwan's city of Hua-lien killed at least two people and injured some 115, the Chinese CGTN TV reports.

Earlier, the Taiwan government reported a hotel building collapsed in the city of Hua-lien as a result of the earthquake that shook the city earlier. At least 17 people are reported blocked inside the damaged hotel.

About 29 people still blocked in the Marshal Hotel of Hualien City, despite the efforts of rescuers. The hotel partially collapsed and heavily tilted as a result of powerful tremors.

According to the report, several buildings were partially or completely destroyed and several bridges, road surface, sidewalks were damaged.

The Taiwan Defense Ministry sent about 100 soldiers to assist in search and rescue operations.

A 6.4-magnitude earthquake has struck the east coast of Taiwan, the #USGS reported. The epicenter of the quake was reportedly just 1km deep, some 22km east-northeast of Hua-lien. A hotel in Hua-Lien has collapsed following the earthquake #PrayForTaiwan #Earthquake pic.twitter.com/g1jFfmgNq1

Shortly before that, the United States Geological Survey reported a 6.4 magnitude powerful earthquake that hit 22 km (14 miles) east-northeast of Hua-lien city in Taiwan.

At the moment, no information on casualties or damages as a result of the tremors is available. No tsunami warning has been issued so far.

This is the second earthquake in the area within several days, with the previous one, almost the same strong 6.1 magnitude, shaking the east coast 17 km (10 miles) northeast of Hua-lien.