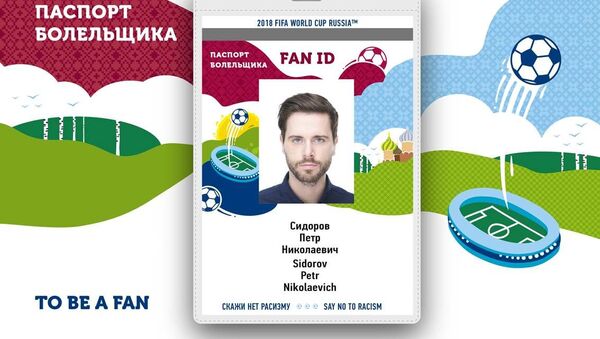 MOSCOW (Sputnik) - The museums of the Moscow Region will be working on weekends during the FIFA World Cup 2018 in Russia and will provide a free entry to the holders of Fan-IDs, said Olga Zabralova, the first deputy head of Moscow Region's government.

"It is planned to hold about 100 events in the Moscow Region during the World Cup… During the FIFA World Cup the state museums of the Moscow Region will be working seven days a week and grant free entry for those who have a Fan-ID," Olga Zabralova was quoted as saying by the press service.

According to the press service, various events will also be held in the towns and areas of the Moscow Region, where the teams' participants will reside and train, particularly in Dolgoprudny, Domodedovo, Khimki, Lobnya, the Solnechnogorsky, and Ramensky municipal districts.

The Fan-ID is a document required for all the spectators of the World Cup 2018 in Russia. The holders of Fan-IDs will have, in particular, the right to enter Russia without a visa during the cup and to freely use public transport.

"We are ready to issue up to two million FAN IDs to the spectators of the 2018 FIFA World Cup, and we also welcome all international fans who have bought a match ticket or have a successful ticket confirmation from FIFA to apply for a FAN ID in advance," said Andrei Romankov, Deputy Director of the Department for Implementation of Strategic Projects of the Ministry of Communications.