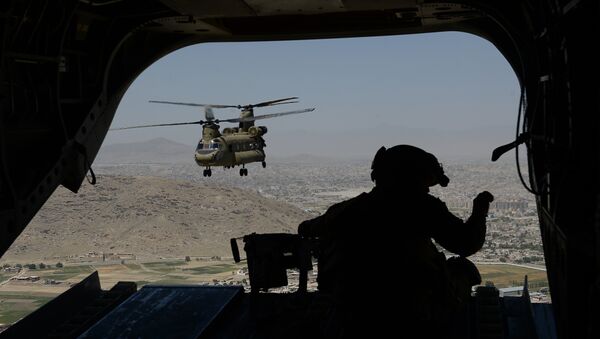 The accusations come in wake of the announcement made by the Pentagon the day before, saying that the US would move troops to Afghanistan from Iraq.

Chief of Iranian General Staff Major General Mohammad Hossein Baqeri has accused the US of transferring Daesh terrorists to Afghanistan after the jihadist group's defeats in Syria and Iraq.

"The Americans point to [the existence] of tensions in the southwest Asia region as an excuse for their presence in the region," Baqeri told reporters in Tehran as quoted by Tasnim news agency.

According to the top official, the US has been moving terrorists to Afghanistan from Syria and Iraq as Daesh and other terrorist groups lost territories there.

The statement of the official comes a day after Iraqi government spokesman confirmed that the US had begun to draw down its forces, following Baghdad's declaration of victory over Daesh.

READ MORE: Pentagon to Shift Troops to Afghanistan From Iraq

In mid-December, the Russian Ministry of Defense accused the US-led coalition of using the al-Hasakah-based camp to train jihadist militants who had been reorganized into the so-called "New Syrian Army."

US-Led Coalition Shifts Operations in Iraq to ‘Sustaining Gains’ Against Daesh
The same month, Damascus said that US air power had been used on numerous occasions to rescue terrorist leaders from their imminent destruction at the hands of the Syrian army and even to stage 'accidental' attacks on Syrian forces as they advanced against the militants.

In most recent case that occurred in late-December, Syrian news agency SANA reported that US helicopters evacuated Daesh leaders from several areas across the Syrian province of Deir ez-Zor to the country's northeast.