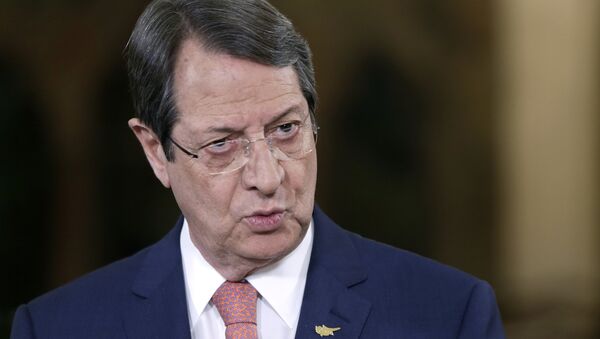 Cypriot president Nicos Anastasiades has won the election for a second term. He has vowed to restart talks to reunify the island, and to remedy the flailing economy, but not everybody trusts his abilities. Sputnik spoke with Sollomon Sakkas, a Greek-Cypriot business owner, who was forced to flee his home during the Turkish invasion in 1974.

Sputnik: Do you think that Anastasiades is a good candidate for presidency in Cyprus?

Instead he has given the rights to the Turkish invaders and settlers of our country. We left everything behind. And now they have the first say to our properties, so I don’t like this president.

Sputnik: Do you have hope that Cyprus could return to a peaceful state, as it was before the Turkish troops invaded?

Were you there when the Turkish invaded Northern Cyprus in 1974?

Sollomon Sakkas: Yes I was there, in the front line. We had to leave our homes. We abandoned everything! We left with just our t-shirts. My father had a coffee house, he had several seaside places. We abandoned it all, fully furnished houses, tractors, machinery, money, everything!

The views and opinions expressed by Sollomon Sakkas are those of the analyst and do not necessarily reflect those of Sputnik.