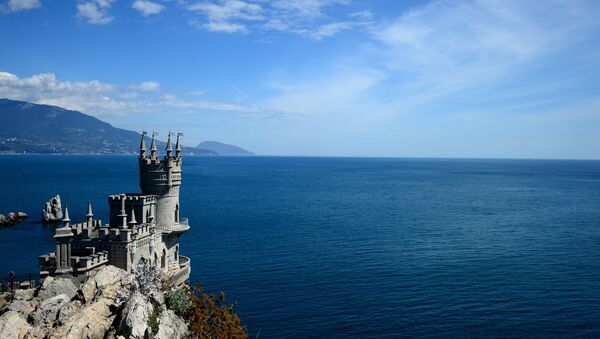 SIMFEROPOL (Sputnik) - German lawmakers, who arrived in Crimea with a visit on Saturday, want to send a signal of greater cooperation possibilities with Russia, a member of the delegation said.

"We want to send a special signal by this visit. Because we consider joint fruitful coexistence with Russia very important, it's all included in our program," Berlin parliament’s lawmaker Hugh Bronson told reporters.

Earlier in the day, a group of German lawmakers from three regional parliaments arrived in Crimea, set to stay there till February 9. The delegation consists of the right-wing Alternative for Germany (AfD) party members.

AfD: European Sanctions Against Russia Cost Germany Thousands of Jobs
On Friday, Ukrainian Foreign Minister Pavlo Klimkin said that Ukrainian authorities were considering measures against German companies that were allegedly operating in Crimea in spite of the European Union's sanctions.

Since 2014, Russian relations with the Western states have deteriorated due to the crisis in Ukraine and Crimea's reunification with Russia following a referendum, after which the Western countries, including the EU member states, imposed several rounds of anti-Russia sanctions. Russia has repeatedly refuted the allegations of interference in Ukraine's affairs, warning that the Western sanctions are counterproductive and undermine global stability.

In spite of the sanctions, a number of delegations from dozens of countries visited Crimea, including from France and Italy.