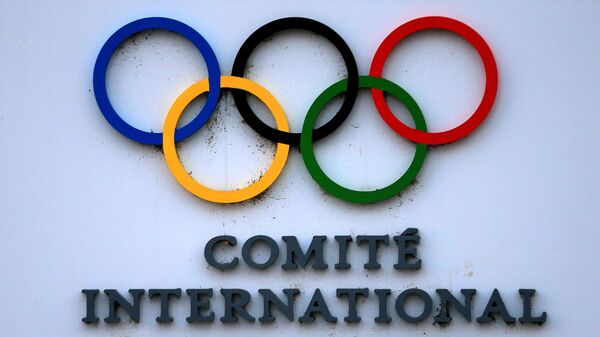 © Sputnik / Anton Denisov
/
Go to the mediabank
Subscribe
International
India
Africa
The International Olympic Committee has not yet identified reasons for barring six Russian athletes from the upcoming Winter Olympics in Pyeongchang, which complicates the situation around the athletes’ case consideration in a Swiss court, a source familiar with the situation told Sputnik on Saturday.

"To date, consideration of the case by the Swiss court has been suspended because the IOC, which had banned the six Russian athletes from competing in the games, has not yet explained to the Russian side grounds the decision [on barring the Russian athletes] had been based on," the source said.

Earlier on in the day the Insidethegames news portal reported citing the IOC that the Swiss Civil Courts rejected appeals by six Russian athletes over the IOC decision not to include them in the list of invitations for the Olympic Athletes from Russia for the games, starting the next week.

Fancy Bears Leak Emails Exposing McLaren's Report as Politically Motivated
According to Insidethegames, the group of athletes, who have filed an appeal with the Swiss Civil Courts after the IOC barred them from participation in the games, includes leading speed skaters Pavel Kulizhnikov and Denis Yuskov, biathletes Irina Starykh and Alexander Loginov, short-track speed skater Tatyana Borodulina and ski jumper Dmitri Vasiliev.

All the aforementioned athletes had been proved to breach doping violations, but their disqualifying had expired, the media outlet noted.

The Winter Olympics in South Korea will start on Friday and last through February 25.

Fancy Bears Leak Reveals IOC Concern Over WADA's Alleged 'Anglo-Saxon Bias'
In December, the IOC suspended the Russian Olympic Committee over alleged state-sponsored doping scheme in the country. The allegations have been denied by the Russian authorities. The IOC also prohibited the Russian athletes to compete under the national flag in the upcoming 2018 Winter Olympics, saying that only "clean" athletes, to whom special invitations are extended by the IOC, may participate in the contest under a neutral flag.

On Thursday, the Court of Arbitration for Sport (CAS) fully overturned the IOC ban for 28 Russian athletes, and partially upheld the appeals against the ban from 11 others.