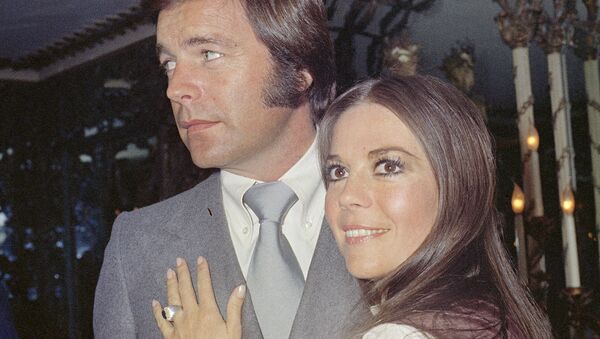 "As we've investigated the case over the last six years, I think he's more of a person of interest now," Corina suggested. "I mean, we now know that he was the last person to be with Natalie before she disappeared."

Wood was found dead off the coast of California near Santa Catalina Island in 1981. The actress, who starred in "West Side Story" and "Rebel Without a Cause" disappeared after a weekend yachting trip with Wagner. Actor Christopher Walken and the boat's captain, Dennis Davern, were also aboard the night she died.

Although Wood's death was originally judged to be accidental, the case was reopened in 2011. A year later, an LAPD coroner ruled that her death was caused by "drowning and other undetermined factors."

According to detectives, who also spoke to 48 Hours, an autopsy report revealed that there were bruises on Wood's body at the time of her death.

"She looked like a victim of an assault," Los Angeles County Sheriff's Department Detective Ralph Hernandez said, adding that "it is suspicious enough to make us think that something happened."

Investigators explained that Wagner, who was married to Wood from 1957 to 1962, and then again from 1972 until her 1981 death, has not been cooperating with the revived investigation.

"I haven't seen him [Wagner] tell the details that match all the other witnesses in this case," Corina said. "I think he's constantly changed his story a little bit. And his version of events just don't add up."

Walken, on the other hand, has spoken to authorities since the case has been reopened, CBS news reported.

In Wagner's 2008 memoir, "Pieces of My Heart," he wrote that "nobody knows" how Wood — who was born Natalia Zakharenko in 1938 in San Francisco, California, to Russian immigrant parents — died.

He did admit that there was a lot of drinking the night of Wood's death. Wagner and Walken also got into an argument regarding Wood's career trajectory.

"I picked up a wine bottle, slammed it on the table and broke it into pieces," Wagner wrote in his memoir.