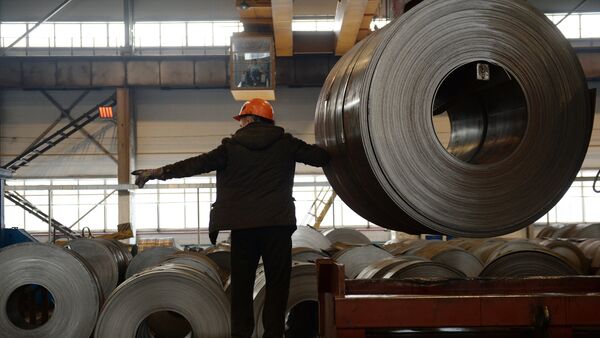 The First Minister of Wales voiced concerns February 2 in that unrestricted free-trade between the UK and China coupled with a Hard Brexit from the European Union would devastate the country's steel industry. "I think people voted for a Brexit that works for the UK, that means a soft Brexit. These hard facts underline what is at stake if the UK government fails to get the right deal for the UK or we crash out of the EU without one," he said in comments to The Guardian newspaper.

During her official trip to Beijing, UK Prime Minister Theresa May announced US$12.8 billion in bilateral trade agreements between Britain and China and declared that both countries were exploring the possibilities of a free-trade agreement once the UK has extricated itself from the EU.

The steel and iron industries and their supply chains are among the main employers in the Welsh economy, providing at least 20,000 people in the country according to a recent parliamentary report.

China, which has the world's largest steel industry has seen its production decline in recent years. The global market however, remains oversupplied due to decades of increasing Chinese production at dramatically reduced costs. In response, Brussels has sought to consolidate European steel production, primarily centered in Germany, so as to more effectively compete, leaving smaller national steel industries less competitive.

First Minister Carwyn Jones warns hard Brexit will 'wipe out' Welsh steel industry — er, where have you been for the past 30 years, Carwyn? #labour #wales #politicswales #catholic #guardiannews https://t.co/Zqe1osfKHm

Labour leader Jeremy Corbyn has long campaigned for government support for the British steel industry and has repeatedly refused to demand that the United Kingdom remains inside the European Single Market as well as the Customs Union in part due to the restrictions on government subsidies to steel industry which are a condition of membership.