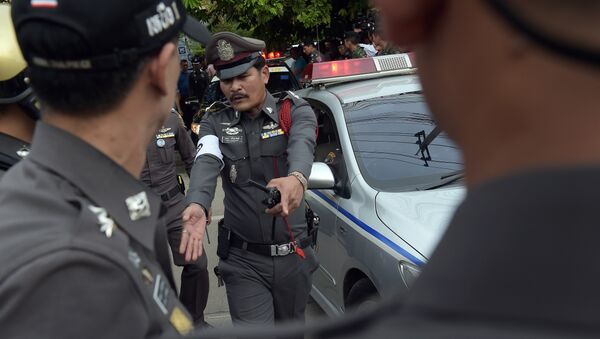 Thousands of ex-militants had given up their struggle and expressed readiness to join the state project dubbed "Bring People Home" aimed at encouraging people to lay down weapons and to surrender, the Bangkok Post newspaper reported, citing former members of the two groups.

According to the newspaper, people, who have expressed readiness to surrender have previously fled the nation in order to avoid persecution for the attacks carried out by PULO and BRN and at the moment are in such states as Brunei, Malaysia, as well as in a number of Scandinavian and Middle East nations.

Thailand's southern provinces of Naranthiwat, Pattani and Yala, which are inhabited mostly by the Muslim Malays, used to be a part of a semi-independent Pattani sultanate. In the early 20th century the territory of the sultanate became part of the mostly Buddhist Siam (former name of Thailand) and was separated into three provinces. Since then the Muslim movements of these regions have repeatedly called for broader autonomy. or independence.

The recent wave of tensions broke out in 2004. Since then the renewed conflict has claimed lives of more than 6,500 people, mostly civilians, in numerous attacks, skirmishes and explosions.