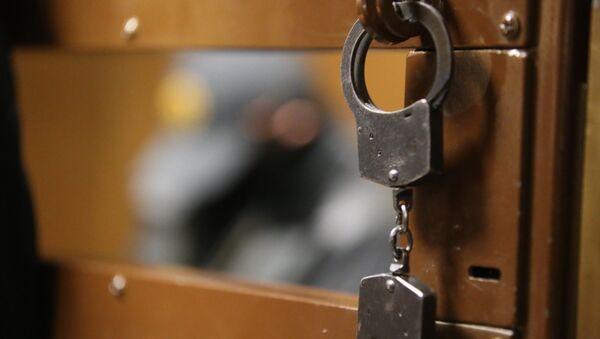 © Sputnik / Vitaliy Belousov
/
Go to the photo bank
Subscribe
Russian national Petr Levashov was detained by Spanish police during a family vacation last April in Barcelona at the request of Washington. The United States has accused the man of hacking activities.

The Russian embassy in Madrid on Friday confirmed with reference to Petr Levashov's lawyer that the programmer was extradited to the United States.

"Such decision of Spanish authorities is regrettable: according to universally accepted judicial norms, the Russian request [for extradition] has a priority because Petr Levashov is a Russian national," the statement reads.

Earlier in the day, Spanish national police announced that a "cybercriminal who has created global cybernetic infrastructure for conducting illegal criminal activities" was handed over to US Marshals.

The Spanish National court ruled on October 3, 2017, to extradite Levashov to the United States, where he has been accused of a "number of cybercrimes, including computer fraud and theft of personal data." The Russian citizen's lawyers filed an appeal against the decision; at the same time, Procurator's Office of Russia sent a request to Spanish authorities to extradite Levashov to Russia where he was accused of similar crimes. However, the court ruling was later upheld and the request of the Russian authorities remained unfulfilled.

Spain to Extradite Russian Programmer Lisov to United States
The US authorities are accusing Levashov of creating a computer network to control “hundreds of thousands of computers,” spreading malicious software and extorting money from users. Levashov was charged by the courts of US states of Alaska, Michigan, Connecticut, and the District of Columbia.

Last April, soon after Levashov was detained, the New York Times revealed that US law enforcement agencies had been preparing an operation to capture the programmer for several years and even visited Moscow in order to get assistance on that. However, the report noted that US authorities didn't seek help.

Meanwhile, the Russian Foreign Ministry issued a notification saying that the Russian citizens may be detained or arrested at the requests of US security services.

"Despite our calls to establish cooperation between the authorities of Russia and the United States on the basis of the bilateral Treaty on Mutual Legal Assistance in Criminal Matters of 1999, the US intelligence services continue to actually "hunt" for Russians around the world," the statement by the ministry reads.

000000
Popular comments
More migrants to Spain please!
simonfilimon
3 February 2018, 08:00 GMT1
000000
My country is #1 at being a self righteous bully who feels that international law is for everyone else.