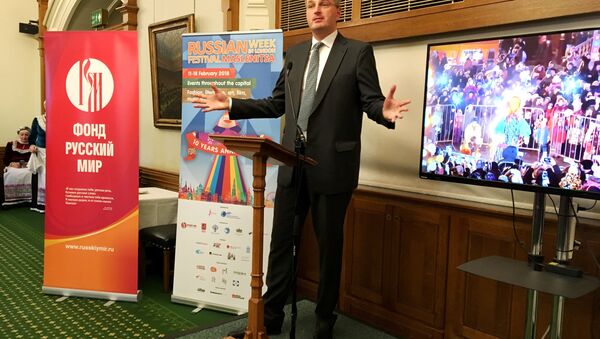 Evgenia Filimianova
All materialsWrite to the author
The Russian-British relationship hasn’t always been the smoothest one and lately it has been rocked by comments of UK top politicians. Sputnik caught up with the Conservative MP Daniel Kawczynski in the House of Commons to discuss how much room for improvement there really is.

Earlier this year, the UK Defense Secretary Gavin Williamson warned of a potential Russian attack on British infrastructure that could kill "thousands." The Russian Defense ministry has described Williamson's claim as "beyond common sense."

Another official exchange of opinions took place when Britain's Foreign Minister Boris Johnson visited Moscow end of 2017, meeting with his Russian counterpart Sergey Lavrov. Johnson said that relations between Moscow and London were going through a "very difficult patch" and brought up UK PM Theresa May's remarks on "the threat that Russia poses" in cyber space. In response, Lavrov stressed he didn't recall any aggressive actions Russia has made against the UK and eventually the two diplomats had to agree to disagree on various issues. 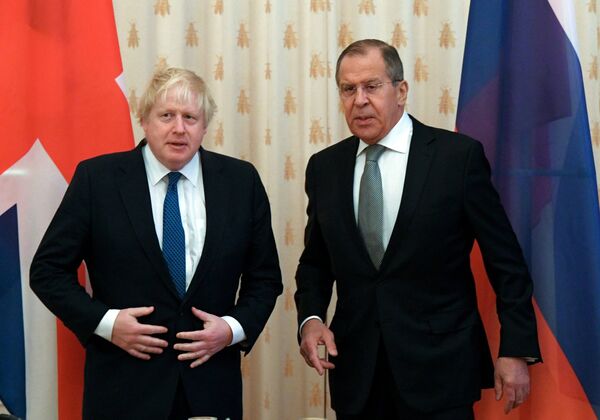 Speaking exclusively to Sputnik, Daniel Kawczynski, Conservative MP for Shrewsbury and Atcham in Shropshire, discussed the future of the Russian-British partnership.

Sputnik: Is there hope for better relations between Britain and Russia?

Daniel Kawczynski: I feel that it's very important that Britain engages in the Minsk 2 agreement. I have said that to our own Prime Minister. Minsk 2, in my view, has stalled and we saw a lot of initiative two years ago, when Lukashenko hosted talk in Minsk and Germany and France were both involved.  I think it is very important to get back to that attempt of bringing the two sides to the negotiating table — Russia and Ukraine. The ongoing tension is neither good for Russia, nor Europe.

I know that Boris Johnson, when he visited Moscow recently, talked about a British desire for more cooperation in space. I met with a British company working with the Russian space program in Kazakhstan. We need to compartmentalize this relationship. Of course there are very strong differences of opinion about Crimea and Lugansk and Donetsk. Until they are resolved we ought to be helping the business community, the cultural and the educational sector. There is a lot happening in terms of scientific and cultural exchanges. I have been to the Pushkin Museum in Moscow, to which some of the greatest British works of art have been lent. We should try to encourage such exchange until we can rectify the difficulties in the political domain.

Sputnik: What is the role of the Russian community in the UK?

Daniel Kawczynski: We have a drama series on BBC, called McMafia, a program about all negative stereotypes about Russia — the mafia and the oligarchs. This gives one interpretation but the reality of the situation is that there're many highly-skilled Russian working across many sectors, contributing to our economy and country. We should recognize that contribution, as we do with other cultures that have come to live and settle in the United Kingdom.

There are huge opportunities. You put together a team of 50 Russian scientists and 50 British scientists, you get a clash of ideas, bringing together two very different characteristics. We need to harness all that talent that both countries have.

Sputnik: In a post-Brexit environment, can you see Russia as a potential closer ally?

Daniel Kawczynski: When we do pull out of the European Union, it is very important for us to work with our key strategic partners in Central and Eastern Europe, such as Poland and others. They have a concern about Russia and fear Russian expansion. We have a duty as fellow NATO countries to be strong. I like the idea that we are spending more collectively on defense than Russia. I feel that puts us in sensible and secure position from our perspective. On the other hand, we need to engage with Russians to lower tensions. We want to start that trade again between Britain and Russia.

Russia is a permanent member of the UN Security Council and is an extremely important country for us to engage with on the strategic basis to resolve key international problems. How do we manage a resurgent China, how do we tackle ISIS [Daesh], how do we deal with North Korea — these issues in part will be resolved more effectively with greater cooperation across all members of the UNSC, including Russia. The long-term solution in dealing with ISIS [Daesh] is greater level of dialogue and cooperation with Russia.