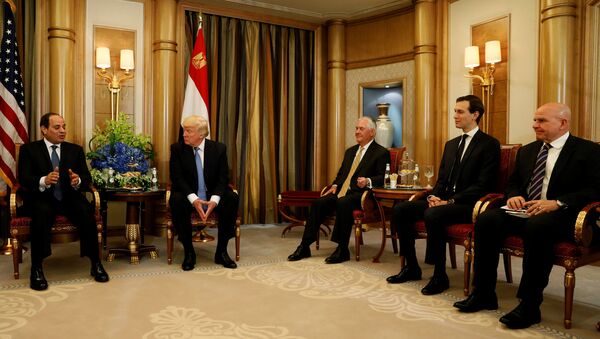 The New York Times has reported that the Department of Defense (DoD) has been slow to release their detailed war plans with the White House as they fear US President Donald Trump may actually use them.

On Friday, the Times reported that the DoD has been "worried that the White House is moving too hastily toward military action on the Korean Peninsula that could escalate catastrophically" and that "giving the president too many options… could increase the odds that he will act."

The Times' anonymous source claimed that Defense Secretary James Mattis and Chairman of the Joint Chiefs of Staff (JCS) Gen. Joseph Dunford, Jr. are both heavily opposed to the use of force on the Korean Peninsula, as military action could have cataclysmic consequences.

Instead they want to opt for diplomacy to deescalate the stand-off that has worn on since April 2017. This puts them in opposition to National Security Adviser H R McMaster and Secretary of State Rex Tillerson who have floated the idea of a strategic military strike against North Korean nuclear sites in the case that diplomacy breaks down.

All top officials favor diplomacy as the first solution, but McMaster has stressed that this was the same tactic used by previous administrations — one that he blames for allowing the current crisis to form.

Trump made statements during his State of the Union speech on Tuesday that suggested that he was amenable to such thinking. "North Korea's reckless pursuit of nuclear missiles could very soon threaten our homeland," he said. "We are waging a campaign of maximum pressure to prevent that from happening. Past experience has taught us that complacency and concessions only invite aggression and provocation. I will not repeat the mistakes of past administrations that got us into this dangerous position."

Mattis and Dunford, meanwhile, have reportedly warned on many occasions that there were few or no military options that would not engulf the Korean Peninsula in war.

Pentagon and JCS press secretaries have denied the reports that the Pentagon was delaying the transfer of information to the White House. DoD press secretary Dana W White said that Mattis "regularly provides the president with a deep arsenal of military options" and the Times' reports were "false."

General Dunford's press secretary, Col. Patrick S. Ryder, concurred. "While the details of [Dunford's] conversations with the secretary of defense and the president are privileged communication, I can assure you that General Dunford regularly provides his best military advice in a timely and responsive manner to both senior leaders, to include military options for a wide range of national security challenges," he said. "Suggestions to the contrary are inaccurate."

The schism in the administration over these war plans has continued to widen, including debate over whether a "bloody nose" limited strike against North Korea is even possible.

White House reports from earlier in January claimed that Trump was considering a "bloody nose" strike against Pyongyang's nuclear sites. When asked about this possibility, Tillerson told reporters that "we have to recognize that the threat is growing and that if North Korea does not choose the pathway of engagement, discussion, negotiation then they themselves will trigger an option."

Victor Cha, a Korea scholar who advised former President George W Bush on North Korea, said that he was to be nominated for the ambassadorship to South Korea — until he began to stress his opposition to a "bloody nose strike" to the Pentagon, the United States Pacific Command, the State Department and the National Security Council.

In a Washington Post editorial, Cha claimed that his opposition to a strategic strike as ineffective cost him his nomination. He instead pushed for a continued military buildup around the Korean Peninsula and stronger ties with Japan and South Korea.