© Photo : Shanti Pappu
Subscribe
Indian researchers have unearthed over 7000 stone tools, including advanced sophisticated blades, points, and scrapers at the stratified prehistoric site of Attirampakkam of Tamil Nadu, thus challenging the popular theory that stone-age came to India from Africa around 125,000 years ago.

New Delhi (Sputnik) — A group of researchers in the south Indian state of Tamil Nadu have discovered a set of ancient stone tools dated back to almost 385,000 years ago which is set to change the present theory of human evolution. The study was recently published in the science journal Nature.

"We place these early Middle Paleolithic (Stone Age) cultures far earlier than what was estimated in India. One of the current models believes that this phase was brought to India by modern humans only post 125000. While this is certainly occurring, we also see this culture at our site far earlier than presumed," one of the researchers, Professor Shanti Pappu told Sputnik.

READ MORE: Zero is 500 Years Older than We Thought 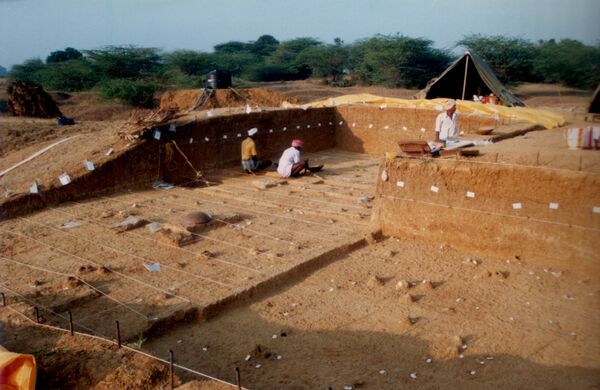 The research also seeks to establish that there was a process of substantial behavioral change that occurred in India at 385 ± 64 ka (kilo annum, thousand years) and establishes its contemporaneity with similar processes recorded in Africa and Europe.

"This suggests complex interactions between local developments and ongoing global transformations. Together, these observations call for a re-evaluation of models that restrict the origins of Indian Middle Paleolithic culture to the incidence of modern human dispersals after approximately 125 ka," the research paper reads.

Ancient Rock Art Found in India Could Be Oldest Depiction of Supernova
The findings are expected to change the scientific research on the history of technological advances as well.

"Chronologies of Middle Palaeolithic technologies in regions distant from Africa and Europe are crucial for testing theories about the origins and early evolution of these cultures, and for understanding their association with modern humans or archaic hominins, their links with preceding Acheulian cultures and the spread of Levallois lithic technologies," the paper reads.

Professor Shanti Pappu says the findings could have many implications.

"These cultural shifts are seen in the changes in the stone tool assemblages noted at the site. We have classified the entire Middle Paleolithic (MP) culture at the site into two phases: an earlier one showing very archaic elements, e.g. vanishingly few handaxes, and a later phase. We do this, not merely by picking and choosing tools (e.g. handaxes or Levallois technologies) but by a holistic look at the entire assemblage and its differences from the preceding Acheulian culture. Owing to the complete stratified sequence seen here, we have a wonderful chance to examine changes through time," Shanti added.

The findings were the result of 20 years of rigorous study by the team that included researchers in archaeology and excavations (Dr. Kumar Akhilesh and Shanti Pappu from the Sharma Centre for Heritage Education), geochronology (A.K. Singhvi, H.Rajapara and A.D.Shukla from Physical Research Laboratory, India) and geomorphology (Yanni Gunnell, Univ. Lyon, France). 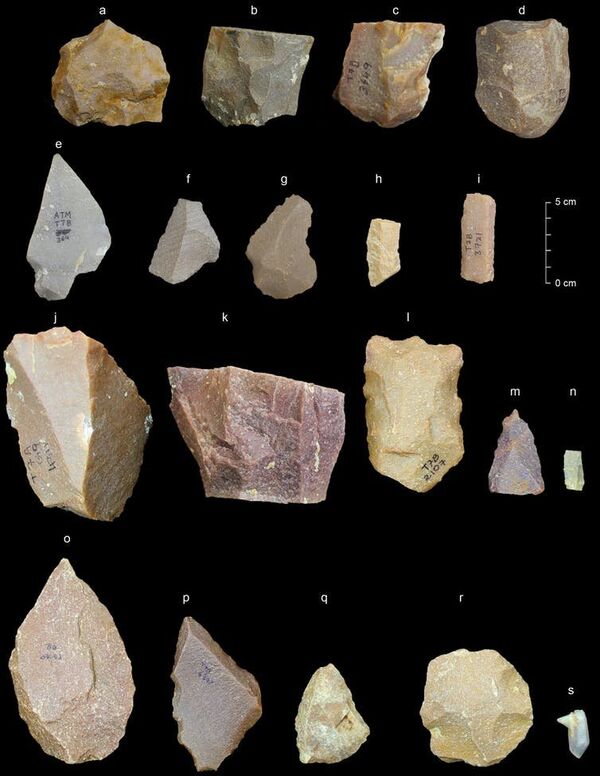 However, the researchers have not yet been able to identify the species which made these stone tools as they did not find any bones at the excavation site.

"We are extremely cautious about linking stone tools with species and thus are very careful in avoiding speculation as to who the tool makers were, as we just lack sufficient hominin fossils in India. We also don't know as to what degree local innovations and external influences led to the development of the Indian MP. There are too few sites dated and sparse projects to resolve these big questions at this point in time. We don't pretend to have all the answers, just some more clues to fill in a giant puzzle in a systematic manner," professor Shanti said.

Nevertheless, researchers hope that they can get adequate support and funding to carry out more research to find fossils at the site. They expect the study to generate a huge debate and critique, as new data and interpretations that suggest alternate paradigms always do. 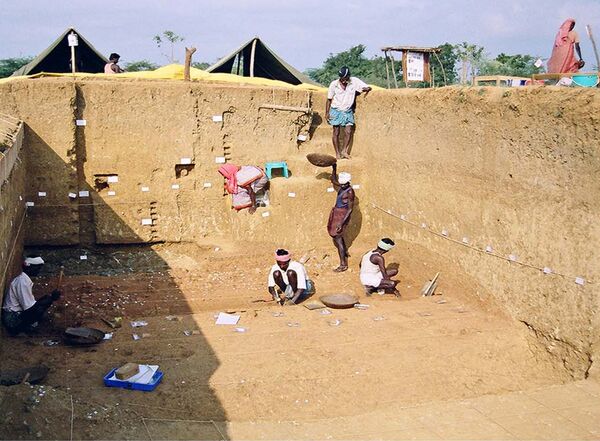