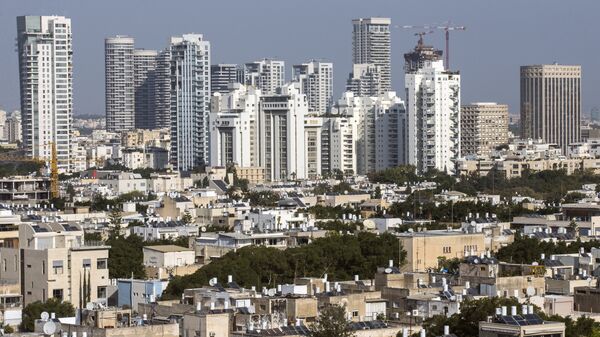 Earlier in the week, Poland's Senate approved the bill criminalizing any accusations against Poland of complicity in war crimes during World War II, including the Holocaust, prompting Israeli backlash.

The Israeli Foreign Ministry has called on Poland to postpone the visit by its National Security Bureau chief Pawel Soloch amid tensions over Warsaw's Holocaust bill, Haaretz reported.

The Polish official was due to arrive in Israel next week, however, Tel Aviv expects a "symbolic delay" of several weeks. In particular, Soloch was due to visit a national memorial commemorating Holocaust victims.

In their turn, Polish officials have voiced hope that "dialogue on security issues of strategic importance for both countries will continue in the near future."

Tel Aviv's move comes in the wake of Israel's condemnation of the approval of a bill — yet to be signed into law by the president — criminalizing any accusations against Poland of complicity in war crimes during World War II, including the Holocaust by the Polish Senate. In particular, the bill stipulates fines or jail terms of up to 3 years for any suggestion that the Poles collaborated with the Nazis and forbids the use of the term the "Polish death camp."

Israel Summons Polish Diplomat Over Holocaust Bill
Israeli officials have slammed the bill, accusing Warsaw of attempts to deny Holocaust and “whitewash” Poles. The Foreign Ministry slammed the bill, saying that it perceives it "with utmost gravity any attempt to challenge historical truth." At the same time, Israeli Minister of Intelligence and Transportation Israel Katz has urged Prime Minister Benjamin Netanyahu to recall the envoy to Tel Aviv for consultations amid controversy over the draft law.

Previously, Polish President Andrzej Duda lashed out at Israeli criticism, saying that he would never allow his country and Polish people in general to be "vilified" though "false accusations" of the alleged involvement in the Holocaust, a claim that has been repeatedly denounced by Warsaw. Duda has emphasized that there was no institutionalized participation by Poland or its people in the Holocaust, while admitting that some Poles took "wicked" actions against the Jews.

Polish officials, including the country’s prime minister, Mateusz Morawiecki, have repeatedly requested corrections when media refer to Nazi death camps as Polish, such as Auschwitz.

Over six million Jews died during the Holocaust during WWII. Several major concentration camps, including Auschwitz and Treblinka, were located in Poland after the country was invaded the Third Reich in 1939.