No Means No: Court Denies Adoption of Adult Iraqi Man by Finnish Lady 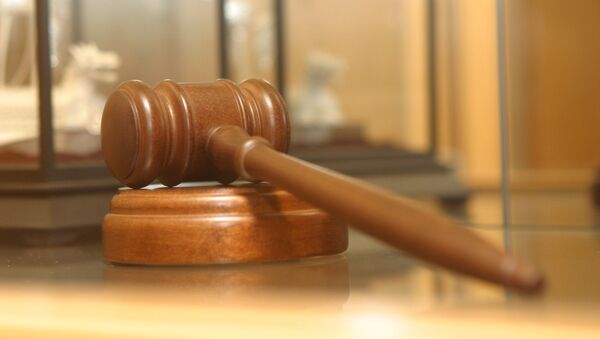 © Sputnik / Vladimir Fedorenko
/
Go to the photo bank
Subscribe
Despite the woman describing their relationship as "mother-son" bond, her adoption request was turned town.

After a Finnish district court found no substantial ground for a middle-aged Finnish woman to adopt an adult Iraqi asylum seeker, the ruling backed up by the Helsinki Court of Appeals, the Finnish newspaper Hufvudstadsbladet reported.

The 47-year-old Finnish woman met the Iraqi asylum seeker, who was then 17 years old, near Helsinki Railway Station in November 2015. The man allegedly got lost and asked for directions. The woman and the man exchanged phone numbers and began to keep in touch.

In the beginning, contact was difficult and discussions were made using a largely improvised sign language and rudimentary English. Later, the man learned a lot of words and became increasingly proficient in Finnish. Over time, the woman and the man became friends and began to spend more time together.

Although the man never moved into the woman's place, as the landlord would not accept it, the woman regarded him as a close person and eventually developed a deep and lasting bond, describing it as a mother-son relationship.

Made in Heaven: Finland Sees Spike in Marriages Between Iraqis, Finns
The man had come to Finland as an asylum seeker. Claiming that his family was lost, the man argued that he was in need of a new mother.

Vantaa District Court, which considered the adult adoption, considered that the case was unfounded. In order for an adult to be able to adopt another adult person, they should have an established long-term relationship that arose when the adoptee was still a child, which clearly isn't the case here. Consequently, the district court considered that the relationship between the Finnish women and her Iraqi fosterling did not meet the requirement.

After the man appealed the verdict by the district court, the Helsinki Court of Appeals found no reason for a new hearing. The woman chose not to appeal.

According to Statistics Finland, Iraqis are in the lead when it comes to foreign spouses to Finnish women, followed by Turks. In 2016, were over 130 Finnish-Iraqi marriages were contracted in the Nordic country.

During the 2015 migrant crisis, Iraqis constituted the largest percentage of asylum seekers to Finland. In the past two years, over 20,000 Iraqis sought asylum in Finland, as opposed to some 10,000 Iraqis residing in the Nordic country before the migrant crisis.

In 2017, the approval rate by the Migration Board rose to 40 percent, compared with 27 percent in 2016, national broadcaster Yle reported.