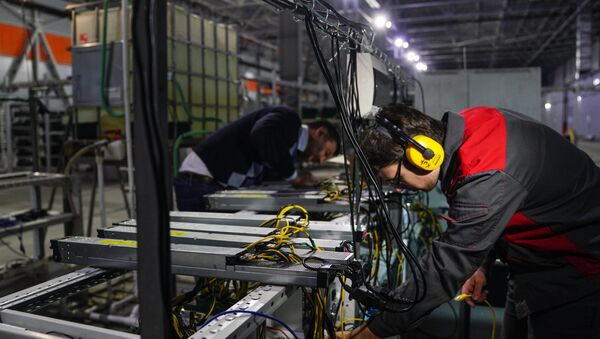 © Sputnik / Vladimir Astapkovich
/
Go to the photo bank
Subscribe
The idea to launch the FreeZone project, which is essentially focused on creating a limit-free territory for a wealth of cryptocurrency operations, first occurred to entrepreneur Evgeny Mukhin back in June 2017, and just a month later, the legal entity was registered, according to the white paper, published on the company’s official website.

The ICO campaign is set to start on March 20, with the fundraising cap reaching $100 million, the document reads.

In comments to Sputnik, Evgeny Mukhin, the FreeZone co-founder and CEO, noted:

"Nikolay [Nikolay Batalin, President, co-founder] and I had an idea to launch an ICO campaign to raise funds for creating a financial infrastructure in the cryptomarket (bank, payment system, universal trading platform, and investment bank). We conducted a lot of research, scrupulously examined different countries’ legislation, talked to international lawyers but we failed to find a country where we could  legally host an ICO campaign with no risks."

"At that point an idea occurred to us to build the first ever free crypto economic zone with unique conditions for block chain development and launching cryptoprojects."

The entrepreneurs immediately understood that there were two trends running parallel to each other: on the one hand, blockchain-based projects are enjoying a surge in popularity, but on the other hand, the absence of feasible unified legislation which would regulate cryptocurrencies' flows and maintain ICOs are deterring the process.

High-profile investors and companies fear to enter this unregulated market, Mukhin stated.  With the emergence of FreeZone, which will bring a legal solution to the most burning problems of the crypto industry, the situation will rapidly start to improve, he said.

"Big players entering the sector will boost the development of blockchain-based technologies by 10 to 100 times!" he added.

Responding to the question why they actually set about creating such an ambitious project, Mukhin shared some biographical details, saying both of them, the co-founders of the FreeZone, are experienced entrepreneurs, with a broad start-up management and other expertise, namely in the spheres of project management, finance, ecommerce, retail and others.

"We are not scared of ambitious goals and we know how to start and run a successful business as well as come up with a win-win solution in negotiations with other countries."

Mukhin went on to say that they started working on the project by picking suitable states to create a free crypto economic zone.

Their choice of countries to host the cryptozone had to meet the following criteria.

First, the authorities should demonstrate a favorable attitude to blockchain and cryptocurrencies as such. Second, they should offer comfortable conditions for running a business. Another argument in favor of this or that choice is if the country is a part of another free economic zone (not a crypto one).

Mukhin has also included a developed infrastructure in his top priority list as well as free entry to the country for foreign citizens. What comes last, but not least is a favorable climate, he added.

Mukhin has declined to comment on the actual rating of countries they have already compiled, saying that interstate formal negotiations are diplomacy already and one has to be particularly wary and attentive to that.

Apart from the above stated criteria, he mentioned the political will and preparedness for rapid change.

"You may pick an ideal country but the negotiations won’t get rolling, due to officials being afraid of shouldering the responsibility and making important decisions. Still it may be quite the opposite: just one decision of the premier might set the project going."

The FreeZone is currently negotiating with 12 countries, rapidly progressing in the field. Mukhin said they are set to sign a free crypto zone agreement with one of these any time soon.

No Bitcoin, No Cry: Apple Cofounder Got Cold Feet and Sold All His Coins
A free crypto economic zone is meant especially for blockchain-based businesses and cryptocurrency operations. Within this zone, blockchain businesses will be able to operate legally, "protected from persecution by governments and regulatory agencies," and free from taxes on income and cryptocurrency transactions, according to the white paper.

Apart from building a financial infrastructure for cryptocurrency operations, the FreeZone is separately set to provide a range of social services for its community for free or for a minimal price paid from net profits thus making the FreeZone a perfect Libertarian block chain community. 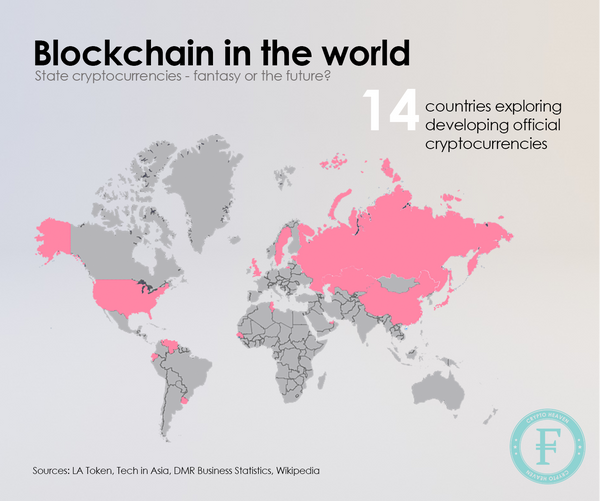 Blockchain in the world. Map
© © Photo: FreeZone
000000
Popular comments
If it could be really done, this would be the best news ever & a very smart move by Russia.