How Everyone & Their Mother Can Now Uncover Pentagon's Deepest, Darkest Secrets 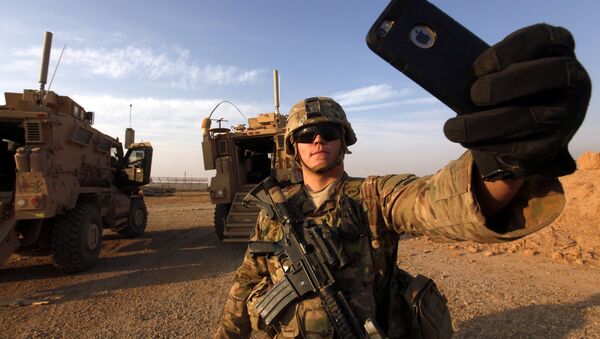 Amid ongoing hysteria from US politicians about Russian intelligence agencies' fantastical powers, these same officials seem oblivious to one obvious fact: that information about America's secret military installations, newest weapons, and troop movements is being leaked left right and center by a powerful but not so secret tool – the Internet.

Earlier this week, US media began reporting on a new scandal involving the leak of confidential military information. The culprit? Mobile fitness tracking apps used by soldiers in the field which accidentally revealed troop movements, the location of secret bases, black sites, and even underground facilities for the entire world to see.

With fitness bracelets and the associated satellite-tracked devices common in the US, Europe, and other wealthy countries, states like Iraq, Syria, Somalia and other countries are another story, with US military personnel often being the only people to use them. Accordingly, when fitness-tracking app maker Strava released a heat map of the activity of its users in November, they accidentally revealed a treasure trove of priceless data on where these troops may be located.

So much cool stuff to be done. Outposts around Mosul (or locals who enjoy running in close circles around their houses): pic.twitter.com/wHItJwYUUI

Speaking to Sputnik about the situation, a Pentagon spokesperson stressed that the DoD "takes matters like these very seriously," and was now "reviewing the situation."

Embarrassing as this situation may be, it certainly isn't the first time that the internet has provided foreign intelligence services, secret agencies, and anyone with a stable internet connection, for that matter, with information that a spy would have had to risk life and limb for before the internet age.

US Likely to Issue New Regulations After Fitness App Lights Up Bases - Analysts
In 2008, internet search engine giant Google was caught in a similar jam, after one of its Street View vehicles gained access to the Fort Sam Houston US Army Post in San Antonio, Texas and proceeded to snap its contents in glorious 360 degree-viewable detail, uploading them for all to see. Catching on to the company's efforts, the Pentagon designated the photos as a possible security risk, and forced Google to take them down, but not before any foreign power interested in the base got a peak.

In fact, Google Maps has been a headache for the US and its NATO allies for well over a decade now. In 2011, the mapping service accidentally snapped the RQ-170 Sentinel, a top-secret unmanned aerial vehicle developed by Lockheed Martin, on its Satellite view map.

Just last month, bloggers discovered the SR-72, another Lockheed Martin UAV, this one still in the development stage, at a base in Florida, prompting renewed concerns in the Pentagon.

Google Earth Satellite images show a stealth type aircraft in Florida air base which bears a resemblance to the SR-72 which is a top secret hypersonic space craft/jet currently in development for the US military by aircraft manufacturer Lockheed Martin. https://t.co/YP6s9QJYa9 pic.twitter.com/S4lnFC5XZQ

And while US internet companies do the best they can to comply with US military censorship requests, the existence of multiple mapping services often results in a paradoxical, if not absurd situation where one company, such as Google, will comply with a censorship demand, while another won't.

For instance, while the Volkel airbase in the Netherlands, rumored to be the home to a few dozen American nukes, is given clear, high resolution treatment on Google Maps, the image has been blurred out by Bing.

NSA Data Loss Fits US Intelligence Pattern of Destroying Criminal Evidence
Even the appearance of blurred out sections of maps rarely helps, with curious users simply turning to other US or even foreign mapping services to discover what it is their government so desperately wants to hide.

In 2007, with the war in Iraq at its pre-Daesh apogee, the US Army mysteriously lost four AH-64 helicopters in a single day, the choppers were destroyed on the ground by mortar shelling. Five years later, the US Army published a press release admitting that Iraqi insurgents had gotten their hands on the exact coordinates of the US helicopters by looking through geotagged photos taken by US troops online. Ever since, all branches of the military have provided troops deployed in overseas wars with nifty guides on how to avoid giving away their locations through geotagging, with the Army emphasizing that the best way to avoid doing so is to "disable the GPS function on your smartphone." 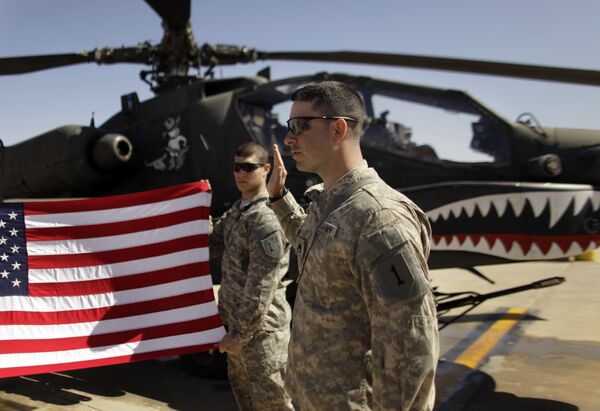 In this March 16, 2011, file photo Army Staff Sgt. Christopher Seeman, right, of Kalispell, Mont., takes the oath of re-enlistment as Spc. Brian Martinez, center, of Aurora, Ill., holds up a American flag in front of an Apache helicopter during a ceremony at Camp Taji, north of Baghdad, Iraq.
© AP Photo / Maya Alleruzzo

The 'Russian Threat' and the Politics of Mass Distraction
But with approximately 300,000 US troops stationed in nearly 800 military bases in over 70 countries around the world, its anyone's guess as to whether every single one of them got the memo. As a story from Afghanistan in 2012 revealed, the Taliban had apparently taken up creating fake Facebook profiles with photos of pretty girls to entice US troops into providing them with sensitive data. Since that incident, the military was forced to issue specific instructions to troops not to friend people that they do not know in real life.

And if even the cave-dwelling Taliban knows how to use the power of the internet to extract secrets from the US military, one can only imagine what other military powers, companies, or other non-state actors might be up to.