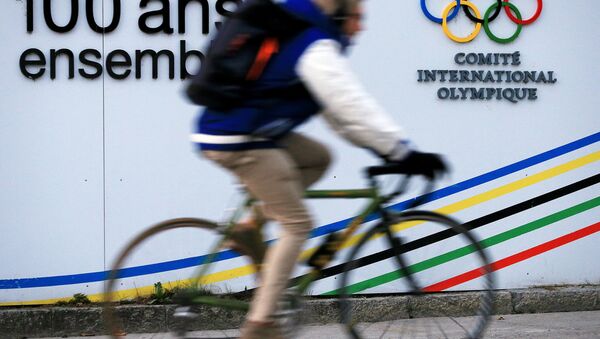 "Our country will fulfill all the requirements of the IOC, but after the 2018 Olympics, Russia, as one of the leading members of the Olympic movement, should take all measures to change such practice of international sport management, review the powers and capabilities of the IOC, so that decisions are made only on the basis of facts and evidence," Matvienko said as quoted by the Federation Council's press service.

She said all countries taking part in the Olympic movement should be represented in the IOC on the basis of rotation.

Russian Athlete Victor An Outraged by IOC Not Providing Reason for Olympics Ban
The speakers's statement comes after the Court of Arbitration for Sport (CAS) upheld the appeals of 28 Russian athletes, annulling the IOC's lifetime ban on their participation in the Olympic Games and reinstating their results at the 2014 Sochi Olympics. Appeals by another 11 Russians were upheld partially, meaning that the life ban was reduced to the expulsion from only 2018 Winter Olympics.

The IOC said it was disappointed with the CAS decision, as the court ignored "the proven existence of systemic manipulation" of the anti-doping system, which may have a serious impact on the fight against doping, adding that they may appeal the decision. In addition, the committee stressed that the CAS acquittal of the Russian athletes does not mean that they will be invited to Pyeongchang.

Russian athletes submitted their apeals to the court after the IOC Executive Board withdrew the medals won by athletes found guilty of doping usage at the 2014 Sochi Olympics and allowed only so-called "clean" athletes to participate in the forthcoming Winter Games under a neutral flag.