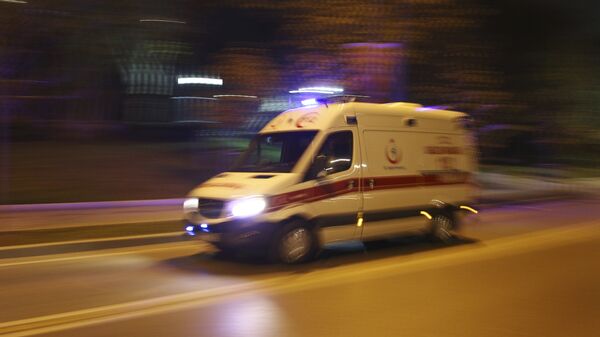 Governor of Ankara Ercan Topaca has announced in an interview with Turkish NTV channel that the gas leak was behind the blast that rocked one of the prestigious districts of the Turkish capital.

According to Topaca, the blast took place in a boiler room in one of the facilities of the tax office in the Çukurambar district. He said that the building was empty, however, three people were lightly injured.

Initially, a Sputnik correspondent in Ankara reported that a sound of the explosion was heard in the city. Social media users said that the blast was heard in many districts of the Turkish capital. There were also reports suggesting the gas cylinder exploded in one of the office buildings.

The internet users have uploaded the first photos taken at the site of the alleged explosion.