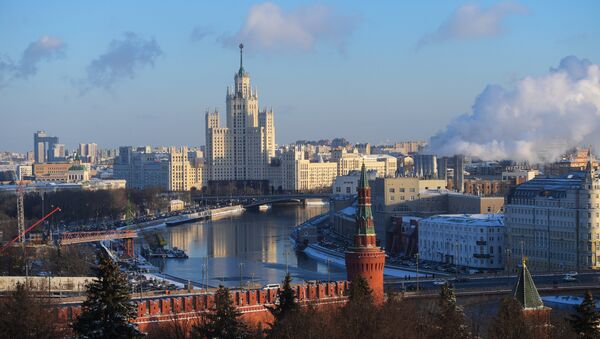 The report was published by the US Department of the Treasury on Monday and includes the names of 114 senior Russian political figures and 96 so-called oligarchs who could be sanctioned by the US administration in the future.

"Just the issuance of a ‘name and shame’ list of prominent Russians already has a profound chilling effect on any Americans who had ever conceived of any outreach," Jatras said on Tuesday. "Who wants to risk doing business with or even contacting these people who could be sanctioned at any time in the future — and expect a call from the FBI tomorrow?"

World
What You Need to Know About Washington's So-Called 'Kremlin Report'
Besides, by issuing a list and then holding back on sanctioning those named, the US government was retaining many options to impose sanctions against the individuals named in the report in the future, Jatras predicted.

"The [US] bureaucracy has plenty of additional shoes to drop by imposing sanctions on them in batches when Russia later [allegedly] ‘misbehaves’ in, say, Syria or Ukraine," he said.

The upcoming Winter Olympic Games to be held in South Korea could be a key time for the United States to blame Russia for some alleged international incidents as an excuse for imposing more sanctions, Jatras cautioned, in addition to the upcoming vote.

"I particularly expect some provocation during the upcoming presidential vote in Russia, its condemnation by the US and EUas ‘fatally flawed’ and some of those on the list to be sanctioned at that time," he added.

Both chambers of Congress approved the sanctions to ensure US President Donald Trump could not move forward on his oft-stated desire to improve relations with Russia, Jatras pointed out.

"So far, it is working and there’s no prospect for change, except perhaps for the worse," he said.

Enemies of Russia in both the Democratic and Republican parties and foreign policy hawks had achieved their aim of blocking off prospects for restoring better relations between Washington and Moscow for the foreseeable future with the publication of the sanctions list, Jatras observed.

"The damage is done. Russia is the main adversary, as Secretary of Defense [James] Mattis recently made clear," he said.

Russian President Vladimir Putin called the release of the report "an unfriendly act" harming relations between Russia and the United States. He also said Moscow is interested in developing relations with Washington and will follow the development of the situation.