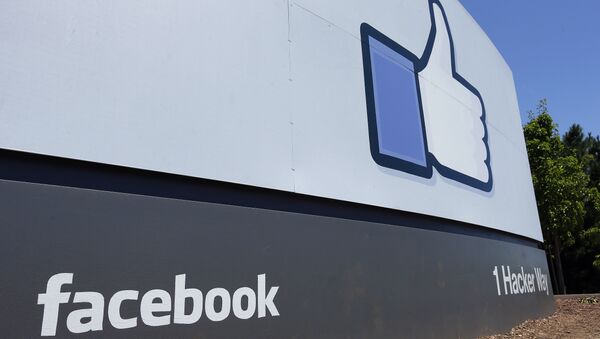 WASHINGTON (Sputnik) – Congressman Adam Schiff and Senator Dianne Feinstein pressed Facebook and Twitter in a letter on Wednesday to reveal details about an alleged Russian campaign to promote the release of a classified memo on the apparent mishandling of the Russiagate investigation.

"We ask that your companies… provide responses with any information, data, or context that is relevant to our underlying concern: that Moscow has persevered undeterred in its attempts to manipulate or exploit social media conversations on politically divisive topics," the senior Democratic lawmakers said in their to the social media giants.

The lawmakers were referring to a classified four-page memo drafted by Republican House Intelligence Committee Chairman Devin Nunes that alleges that the FBI and Justice Department mishandled the investigation into accusations of Russian meddling in the 2016 US election.

'Grave Concerns': FBI Slams Accuracy of Memorandum Alleging FISA Abuse
Republicans have called for the release of the memo, many of them using the social media hashtag #releaseTheMemo. Democrats claim that Russian-sponsored social media bots promoted the "release the memo" campaign.

Wednesday's letter from Schiff and Feinstein is the second that the lawmakers have written to Facebook and Twitter demanding an investigation of what they allege is a Kremlin-backed influence campaign.

“We appreciate your companies’ respective responses … to understand the role and extent of Russian-affiliated social media accounts involved in promoting the #ReleaseTheMemo hashtag,” their latest letter said. “Although we are encouraged by your companies’ continued willingness to work with Congress to raise awareness about the potential abuse of your platforms by agents of foreign influence, your replies have raised more questions than they have answered.”

Twitter has reportedly already investigated the matter and determined that the bots were American, not Russian.

Russia has repeatedly denied allegations that it meddles in US politics, including accusations that it interfered in the 2016 US election.