Russia Surfaces in Norwegian Threat Scenario - For What Reason? 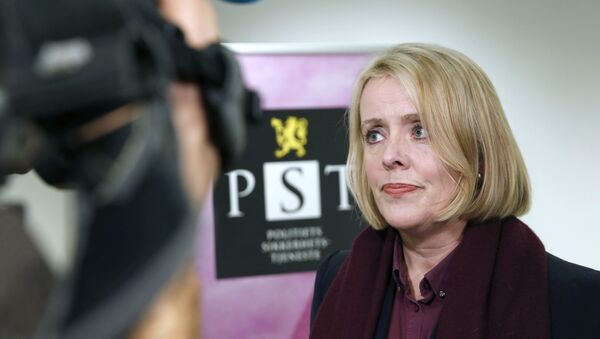 Despite the fact that Norway's Police Security Service (PST) ranked Islamist extremism as the biggest threat against the country in its fresh risk evaluation, "Russian intelligence" was once again pointed to as "having the greatest damage potential."

According to the PST assessment, foreign intelligence, including Russian and Chinese, trying to obtain information about Norwegian interests through hacking and recruitment operations, posed a threat to the country's security. The PST is expecting foreign actors to conduct network attacks to try and influence the Norwegian decision-making process.

"Russian intelligence activities are still expected to have the greatest damage potential. In addition, other countries' services, including Chinese, could perform undesirable and harmful activities. In order to gain access to values within the most vulnerable businesses, intelligence services may use a variety of methods. By 2018, we expect individuals to be recruited as sources and agents, and Norwegian companies may be exposed to mapping and network attacks," the PST wrote.

Same Old Game: Norway Demonizes Russia in 'Hybrid War' Rant
This is not the first time Russia has risen up in Norway's threat evaluations. In late 2017, the Russian Embassy in Norway issued a comment calling the Norwegian accusations "irresponsible."

"We look at it as a new groundless propagandist attempt to demonize Russia. The paradox is that there are real undeniable facts that show who are really engaged in total hacking, attacks, monitoring of European leaders and press on a global level. But this does not interest Norwegian 'experts,' the Russian Embassy wrote on its Facebook page, calling it "regrettable" that the structure that should be participating in full-fledged bilateral anti-terrorism cooperation instead chose to engage in the proliferation of "paranoid anti-Russian sentiments" in its own country.

The Russian Embassy ventured that the purpose of such an insinuation was to convince the public of a supposed threat from Russia, thus paving the way for new anti-Russian steps, such as establishing foreign military bases, joining NATO's "missile shield" or inflating the defense budget.

In fellow Nordic country Sweden, where the "Russian threat" is peddled by the media almost on a daily basis, the armed forces were promised an extra SEK 8.1 billion ($1 billion) over the coming three years to boost its capabilities. Additionally, the Swedish media giants were promised SEK 13.5 million ($1.6 million) in state support to stop "fake news" and "foreign interference" from affecting the 2018 general election.

Denmark, which, in late 2017 issued a similar security report identifying Russia and China as "security risk," will see a DKK 12.8 billion ($2.2 billion) increase in the military budget over the next four years, pushing the expenditure 20 percent above the current level.

The Danish Prime Minister voiced his pleasure with the hike in the light of a "more aggressive Russia." "The threat from Russia is real and increasing," Lars Løkke Rasmussen said, as quoted by the Norwegian Aldri Mer news outlet.

Norway itself is on the same track, as Former Defense Minister Ine Eriksen Søreide announced, in October 2017, an increase of NOK 3 billion ($378 million) in defense spending and a major reorganization of forces in the far north of the country.

"We assure ordinary Norwegians and those who design policies against Russia that Russia and its armed forces do not pose a threat to the sovereignty and independence of their country. It's time to stop breeding problems that do not belong in the North — it's irresponsible and dangerous," the Russian Embassy wrote.

Moscow has previously voiced its concern about the possible expansion of US military deployment in northern Norway, suggesting that the 330 US Marines currently stationed on Norwegian soil put diplomatic relations between the two nations to the test.

This month, 285 US Marines begin a 6-month rotation in Norway 🇳🇴 as the new Marine Rotational Force Europe https://t.co/ngl7ZY9klG pic.twitter.com/HxtjyQ26ZI

​Another source of perennial concern is the Globus II radar installation in Arctic Norway, which is about to get a brand new counterpart, currently under construction. Although authorities claim that it is intended to monitor the movement of space debris, it is widely believed to play a significant role in the US anti-ballistic missile system, as Globus II was previously located at Vandenberg Air Force Base, California and was originally designed for this purpose.