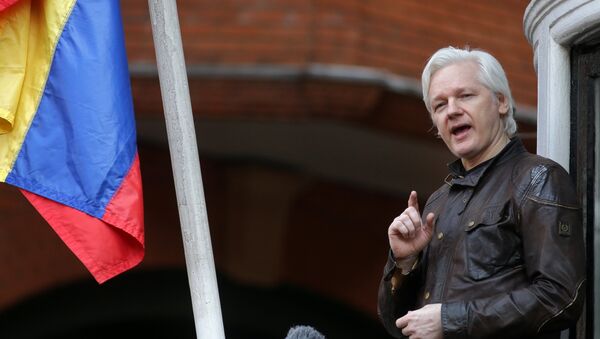 With no luck so far in ending Julian Assange’s confinement at the Ecuadorian embassy in London, could taking it up a notch - at the Hague – be the direction the South American country and the whistleblower’s team be moving?

Julian Assange has been residing at the Ecuadorian embassy in London since 2012, where he sought refuge while facing sexual assault allegations in Sweden.

In May 2017, the allegations were dropped but the Wikileaks founder would still get arrested if he left the embassy premises — by the UK police for failing to surrender to the court in 2012.

On January 12 this year Assange was granted Ecuadorian citizenship and subsequently the UK was asked to recognize the whistleblower as a diplomatic agent. Had the British agreed — it would give Assange immunity to finally leave the embassy.

However, the UK refused the request, meaning he would have to continue his confinement to the Ecuadorian embassy, which has been found "dangerous physically and mentally" and "a clear infringement of his human right to healthcare."

A potential next move by Assange's legal team and the Ecuadorian authorities could be taking the case to the International Court of Justice.

Sputnik discussed this possibility and the international law provisions with the Professor of public International Law at the University of Oxford Dr. Dapo Akande.

Sputnik: Is there a legal basis for the International Court of Justice (ICJ) to resolve the dispute between Ecuador and Britain if it comes to it?

Dr. Dapo Akande: It is possible for Ecuador to take the case to the ICJ because both Ecuador and the UK are parties to a treaty that says in an event of any dispute about the Vienna Convention on Diplomatic Relations — that suit will be resolved by the ICJ in the Hague. It just takes one of the states to submit the case to the court in the Hague.

If Ecuador goes ahead with filing the case, the court will give the UK the opportunity to respond. The UK might — if they wish — first of all challenge the jurisdiction of the court, in which case the court will try to deal with that matter first. If the UK doesn't do it, then it will just be a case of argument, the actual substance of the case.

The UK has never even failed to appear in any international proceeding I am aware of. That would be highly unprecedented for the UK. Failure to comply would also be unprecedented by the UK. However, even if the UK refused to take part on the proceedings that doesn't actually stop the proceedings. The proceedings will go ahead whether the UK takes part or not. 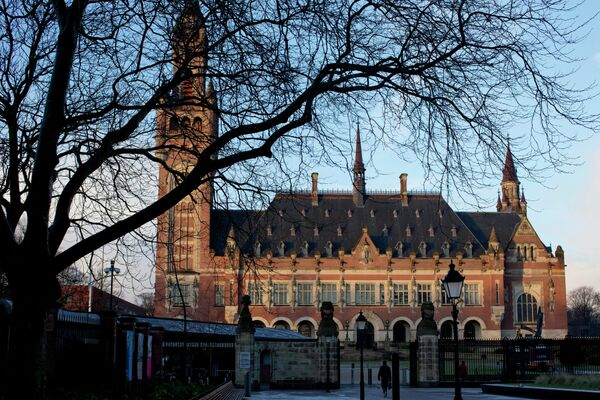 Sputnik: How long can this court case last?

Dr. Dapo Akande: Like any court case it can take quite a while. It would take a couple of years at least, I would say. It depends on how quickly the parties want to move on resolving it. There is a possibility that Ecuador could try to get what is called at the court 'provisional measures' or 'interim measures.' This is where one side says its right would be harmed irreparably and could try to get the court order something to prevent those rights from being harmed irreparably in the meantime.

It is quite hard to see how Ecuador could get provisional measures that in the meantime would really assist Assange. 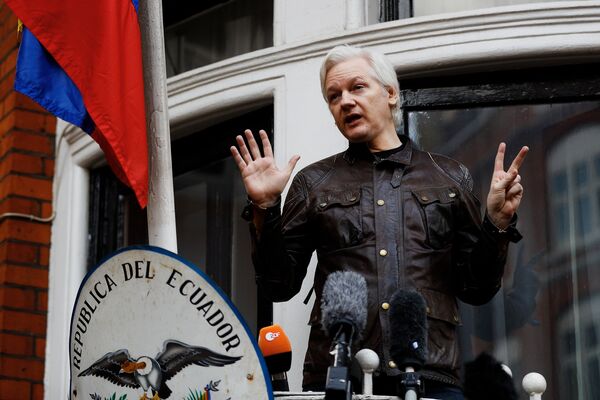 WikiLeaks founder Julian Assange is seen on the balcony of the Ecuadorian Embassy in London, Britain, May 19, 2017
© REUTERS / Peter Nichollspe

Sputnik: Did Ecuador have a unilateral right to appoint Assange as a diplomat?

Dr. Dapo Akande: It is a complicated issue under international law and particularly under the Vienna Convention on Diplomatic Relations. Under the text of that convention states have the right to appoint anybody they want as a diplomat and they don't need the consent of the host state or the receiving state. In this instance they don't need the consent of the UK, except for certain cases.

One of the cases when they would need consent is when the person is not a national of the state that is appointing him: so if they are not an Ecuadorian national, they would need the consent of the UK. So in this particular case, Ecuador first of all granted Ecuadorian nationality to Julian Assange. This is where the problem arises. Potentially the UK could argue the grant of nationality to Assange by Ecuador was an abuse of rights. In other words, Ecuador did it specifically and only to avoid the rule that says if the person is not your national, you need the consent of the other state. I imagine the UK would argue Ecuador has given nationality to Assange but in reality the UK has the right to reject that right because of the abuse. 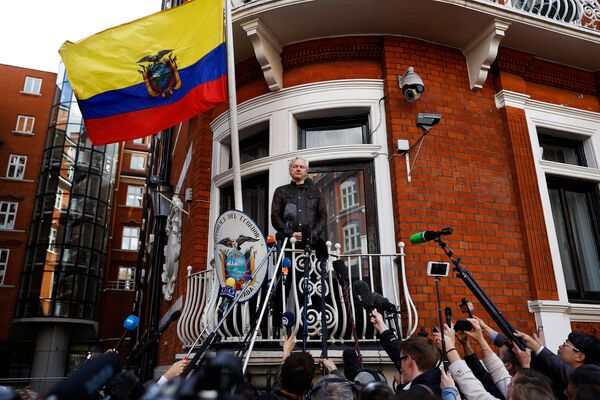 WikiLeaks founder Julian Assange is seen on the balcony of the Ecuadorian Embassy in London, Britain, May 19, 2017
© REUTERS / Peter Nicholls

Sputnik: What is your view on the most likely outcome in the case of Julian Assange's stay at the Ecuadorian embassy?

Dr. Dapo Akande: It remains to be seen how much of an appetite the government of Ecuador has to continue to host him in the embassy. I think there have already been some signs the new president is maybe not as receptive as the old government was. I really don't know how much political effort they want to put into continuing to have him in the embassy.

It requires the government of Ecuador to be prepared to do this and to be prepared to get into a dispute with the UK and potentially take the case to the ICJ — those are not easy decisions. They are already in a disputable position over housing Assange in the embassy. Filing a case in the ICJ is something that takes the dispute to another level. The government of Ecuador have to make their own political calculation on whether they actually want to do this. 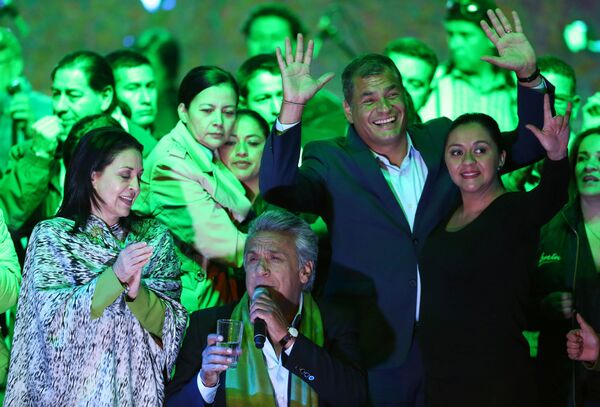 Then Ecuadorean presidential candidate Lenin Moreno (C) gives a speech alongside the then Ecuadorean President Rafael Correa (2nd R) and his wife Rocio Gonzalez (L) during a national election day in a hotel, in Quito, April 2, 2017.
© REUTERS / Mariana Bazo

Sputnik: Do you see any legal loopholes that could be utilized by Assange's legal team to resolve the current impasse?

Dr. Dapo Akande: Not that I can think of. This latest move is actually an excellent move. I think it was a brilliant idea by the team to try and find a way. I don't know whether it will be successful but it is about the best way of trying to advance his case and cause. But it is not completely certain.

The views and opinions expressed in the article are those of Dr. Dapo Akande and do not necessarily reflect those of Sputnik.