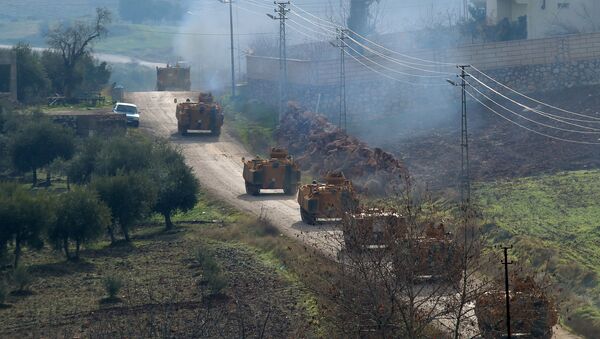 ANKARA (Sputnik) - The Turkish armed forces are not using napalm, biological or chemical weapons during their operation in Syria's district of Afrin, the Turkish General Staff said Tuesday in a statement.

On Saturday, a Syrian-Kurdish politician Ilham Ehmed said that Turkey was using napalm in its military campaign in Afrin, a district located close to the border with Turkey.

"The Turkish Air Force is not using napalm, chemical, biological or any similar weapons, banned by international laws, in the 'Olive Branch' operation. The Turkish armed forces do not have weapons of this type. The ground forces adhere to the same rules," the statement read.

The Turkish General Staff stressed that the Turkish troops were trying to ensure the safety of civilians in Afrin and to preserve religious sites and cultural heritage objects.

On January 20, the Turkish General Staff announced the beginning of Operation Olive Branch against the Kurdish forces in Afrin, citing security concerns. Damascus has condemned the campaign, stating that it breached Syria's territorial integrity.