Slow Down: Most Americans Uncomfortable About Riding in Self-Driving Cars - Poll 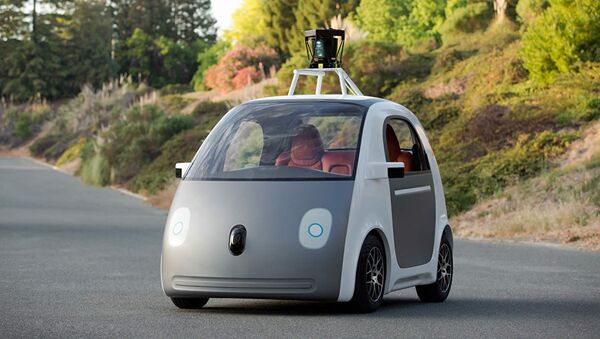 © Photo : Google
Subscribe
Two-thirds of US citizens still feel uncomfortable about the idea of riding in a fully self-driving car, according to a recent poll.

Despite the fact that the idea of self-driving, fully autonomous cars has been around for a while, a majority of Americans still feel uneasy about riding in the vehicles, according to a Reuters/Ipsos poll.

According to the infographics, published by Reuters, 67 percent of respondents reported they feel uncomfortable about the idea of being a passenger of a fully autonomous car.

The polls exact question was: "Some automakers are developing cars that can drive themselves and be used as taxis. Please indicate how comfortable you would be riding in an entirely self-driving car."

Sweden Kick-Starts Major Trial Run of Self-Driving Cars, Buses
Curiously, men seem to be more open towards the self-driving cars than women, as only 55 percent of men said they don't like the idea, while with women, 77 percent of respondents said they'd rather not ride in such a vehicle.

There is a certain slope between various age groups, as Baby Boomers, or people born between 1946 and 1964, are significantly more opposed to the self-driving cars, than the Millennials, born between 1982 and 2004, with share of negative respondents being 79 percent and 55 percent, respectively.

Generation X people in the middle, who were born between 1965 and 1981, expectedly stay in the middle, with 63 percent of them not liking the idea of a self-driving car.

Apart from most the obvious concerns of programming flaws and susceptibility to hacking, there is also the issue of responsibility in case of an accident.

Self-driving cars "are a great innovation and technology with a lot of potential," one respondent told Reuters. "However, I‘m concerned with how liability will fall in the case of accidents, where there are both self-driving and regular cars on the road," she said.

A number of companies, from General Motors to Alphabet's subsidiary Waymo, are planning to deploy the first wave of self-driving vehicles over the next three years, Reuters reports. Apparently, with such level of confidence, the companies are going to have a hard time selling those things.

000000
Popular comments
and the potential pr nightmares when and not if, there are accidents.
michael
30 January 2018, 02:49 GMT
000000
Once everybody is using these, they will drive to and directly into a volcano leaving the world to GM motors.