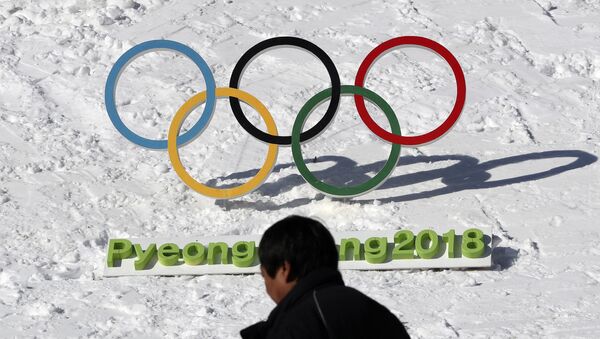 © AP Photo / Lee Jin-man
Subscribe
The International Paralympic Committee has prohibited any Russian flags in the vicinity of any venue, associated with the March Paralympic games.

"The International Paralympic Committee (IPC) announced on Monday (January 29) that it is maintaining the suspension of the Russian Paralympic Committee (RPC). However, in recognition of the progress made by the RPC in improving its anti-doping activities, it will allow eligible Russian Para athletes who meet strict conditions to compete in five sports under the name Neutral Paralympic Athlete (NPA) at the PyeongChang 2018 Paralympic Winter Games," the statement read.

However, according to the statement, no Russian flags will be permitted "in the vicinity of any venue associated with the Games."

"Members of Russian Ministries (including the Russian Sports Ministry) and members of the RPC Governing Board will not be accredited for the Games (in any capacity)," the statement added.

The IPC decision has been accepted by the Organising Committee for the Pyeongchang 2018 Olympic and Paralympic Games.

"We accept and respect the decision of the IPC regarding the ruling that Russian athletes may compete under a neutral flag. We will welcome all athletes that meet are eligible to compete and meet the criteria set out by the IPC," the statement read.

The tangled situation around Russian athletes started in 2016, after the release of WADA's independent commission report on Russian athletes' alleged involvement in doping activities. Following the publication, the IPC suspended membership of the Russian Paralympic Committee (RPC) and announced a ban on Russia's Paralympic athletes from the 2016 Summer and possibly 2018 Winter Paralympics.

In particular, on December 5, the International Olympic Committee ruled that a special commission would select clean Russian athletes who will be able to compete at the 2018 Winter Olympic Games in South Korea's Pyeongchang.