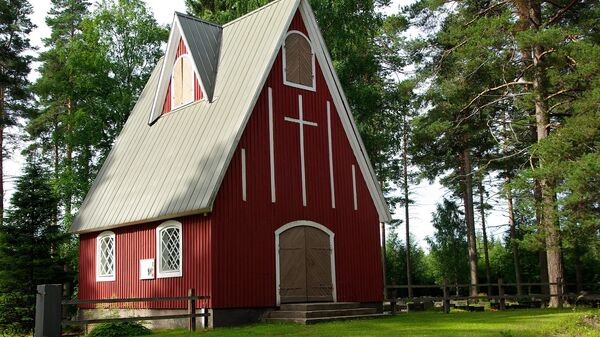 The debate stirred by the Church of Sweden's decision to discourage the clergy from calling God "he" and "Lord" in late 2017 has mushroomed to neighboring Finland, where a pastor set many believers' hearts afire by referring to God by a gender-neutral pronoun.

A group of anonymous parishioners argued that Pastor Mia Bäck, who used a gender-neutral pronoun for God, expressed herself in an insulting manner and should be reprimanded and temporarily suspended from office, the Hufvudstadsbladet daily reported. Furthermore, they encouraged her to study theology at Turku University instead.

Bäck justified her use of the newly-coined gender neutral pronoun "hen" (a recently devised third alternative to "han" for "he" and "hon" for "she"), arguing that the church should dare to question old concepts and beliefs. By her own admission, she never intended to spark a debate, as she knows this is a sensitive issue, but would nevertheless wanted to speak about God using "inclusive" language, the use of which she encourages at her church.

"God created man and woman in his image, and to me, God is neither man nor woman. Therefore, the word is so practical. It emphasizes that God is greater than he or she, while also showing that it is not only the white, heterosexual man who sets the tone," Bäck told the Åbo Underrättelser daily.

Oh, Lord! Church of Sweden Drops Male God For the Sake of Inclusion
She also argued that referring to God in a gender-neutral way allegedly made it easier for children with "problematic relations with their dads" to embrace God's message.

"In this way, you see God as a loving parent, regardless of what sex he has. Also people who do not feel either male or female will feel more at home in church," Bäck argued.

Bishop Björn Vikström at the Diocese of Porvoo said that no action will be taken against Bäck. Vikström, who is running in the elections for archbishop, threw his weight behind the notion that God has no gender.

"It's good to challenge the image of God as a bearded old man sitting on a cloud. When we talk about God as a father, a shepherd or a pillar, it is symbolic language," Vikström said, as quoted by Hufvudstadsbladet, also stressing the benefit of a gender-neutral God for those who had bad experiences with their fathers.

The linguistic and doctrinal novelty, however, was met with mixed responses among the Finnish public.

"Let's destroy centuries upon centuries by suddenly calling God a "she" because it is politically correct right now. What a lovely idea. Why not destroy the entire despicable male race as well, while you're at it," user Fredrick Bäck wrote on Åbo Underrättelser's Facebook page.

"Of course, God does not have a legal or biological gender, but this hardly means that he is transgender or non-binary," a user wrote in Hufvudstadsbladet's comments field.

Another user inquired wryly whether it was absolutely necessary to import all of Sweden's "far-fetched" ideas.